IT has been a decade since San Miguel Beer and Barangay Ginebra last met in the finals of an all-Filipino conference, so long ago that Scottie Thompson was still trying to decide what sport he wanted to focus on at that time.

While already the star of the varsity basketball team in his freshman high school year at Cor Jesu College in Digos, Davao del Sur, the Gin Kings sophomore sensation bared he was also into a handful of other sports 10 years ago when Ginebra stunned SMB, 4-2, in the 2007 Philippine Cup Finals.

It was the extreme bike sport of BMX that rivaled his growing passion for basketball. 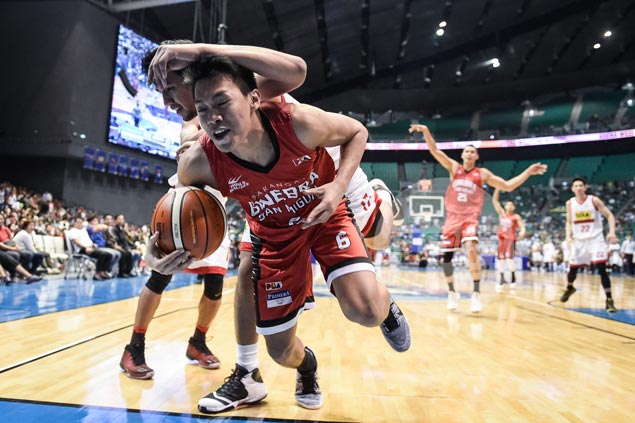 The Digos native was also even into volleyball, dancing, and even drag racing.

The best-of-seven finals beginning on Friday will be the fifth between Ginebra and San Miguel. The Beermen hold a 3-1 edge in the match-up - Ginebra's lone win coming in the 2007 PBA Philippine Cup where Jayjay Helterbrand led a comeback from 0-2 down.

Helterbrand, who would win the Finals MVP award, and backcourt partner Mark Caguioa, who won the Best Player of the Conference honor, are the only remaining holdovers from that Ginebra team coached by Jong Uichico and led by Eric Menk, Rudy Hatfield, and Johnny Abarrientos.

And oh, that champion team also included Ronald Tubid, who, as we all know, is now playing for the Beermen.

[See Tubid: 'My heart is still with Ginebra but I found my home in San Miguel']

On the other side, then-rookie Gabby Espinas is the sole remnant of that SMB side. Current Ginebra playmaker LA Tenorio and assistant coach Olsen Racela manned the SMB backcourt, with Danny Seigle and Danny Ildefonso pairing up in a Beermen team for one last time in the All-Filipino finals. 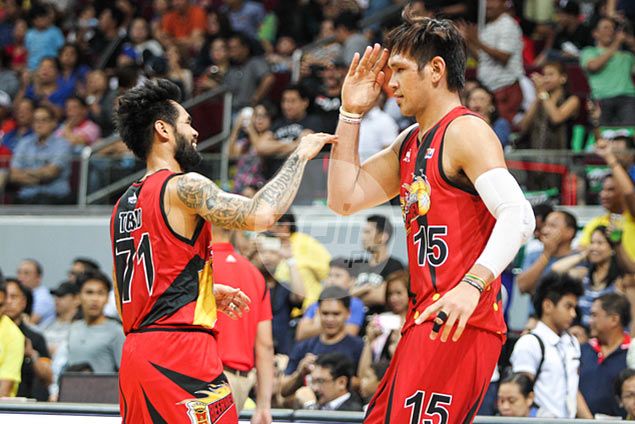 Out of the 24 players who saw action in that finals series, only 10 remain active in the league, with Seigle on the brink of retirement. Two have also moved on to assistant coaching gigs like Abarrientos and Racela.

For those who are curious, June Mar Fajardo was still a 17-year-old teen in Cebu at the time these two teams met in the All-Filipino finals.

Leo Austria was still handling Welcoat - now Rain or Shine - in its PBA debut while Tim Cone was with Alaska, with no sign whatsover that he would leave the Uytengsu franchise years later.

In fact, Cone, now the owner of a record 19 league titles, would win the 12th of his 13 championships with the Aces later that year with a 4-3 win over Talk 'N Text in the Fiesta Conference finals. 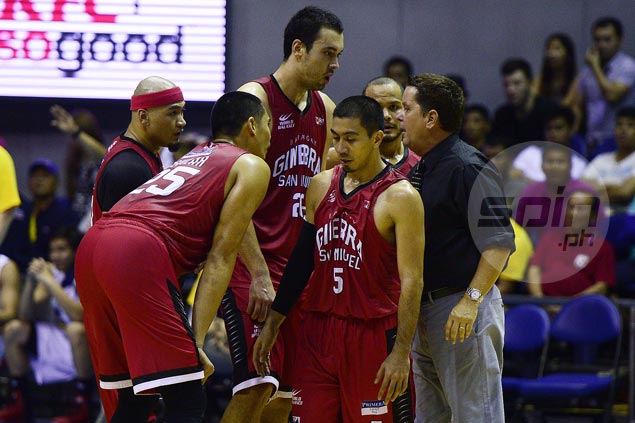