YOU would know if someone’s a shooter if a fellow marksman is getting pointers from him.

Terrence Romeo taught Von Pessumal a thing or two about three-point shooting as the former invited the latter to join his shooting drill routine after GlobalPort practice on Monday afternoon at Hoops Center.

Romeo, the two-time defending Three-Point Shootout champion, flashed his accuracy by knocking down nine straight treys early in the drill that required them to going on a few sets of 50 shots each.

Each time, Romeo ended up with the better percentage than Pessumal had.

But Romeo played down his mentoring of his rookie teammate.

Romeo, who has hit 11 of his 27 attempts from beyond the arc for a solid 40.7-percent clip so far this conference, is preparing himself and Pessumal for another tough battle against Blackwater on Wednesday at The Arena in San Juan.

Asked if he’s also setting himself as an example as a superstar still doing extra work after practice, Romeo played down the tag.

And the 24-year-old Romeo, who’s just a year older than Pessumal, is glad that his rookie teammate is all ears. 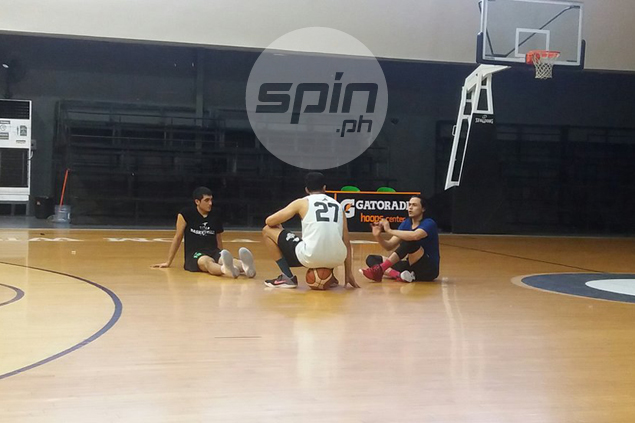