TERRENCE Romeo refused to be drawn in the sidebar of him going up against his former team TnT Katropa in the coming finals of the PBA Commissioner’s Cup.

The prolific San Miguel Beer guard stressed that focus remains on the two gigantic ballclubs in collision starting this Sunday for Game 1 of the best-of-seven title series at the Smart Araneta Coliseum.

“Wala sa akin yun. San Miguel vs. TnT,” said Romeo in downplaying the expected spectacle surrounding him and the Katropa.

The finals match-up marks the first time Romeo faces TnT in a series since the bitter fall-out between the two parties during the off-season that led to the trade of the 27-year-old guard to the Beermen in exchange for Brian Heruela, David Semerad, and a future first round pick (2020).

At San Miguel, Romeo though has learned to assume a supporting role behind the team’s cast of veterans, a stark contrast to his superstar status while still with NorthPort and for a brief spell, with TnT Katropa.

But in embracing his new role, Romeo finally won his first PBA championship after six years during the season-opening Philippine Cup and now found himself shooting for another possible title after the Beermen beat the Rain or Shine Elasto Painters, 98-95, in Friday night’s Game 4 of the semis to arrange a titular showdown with the top seeded Katropa. 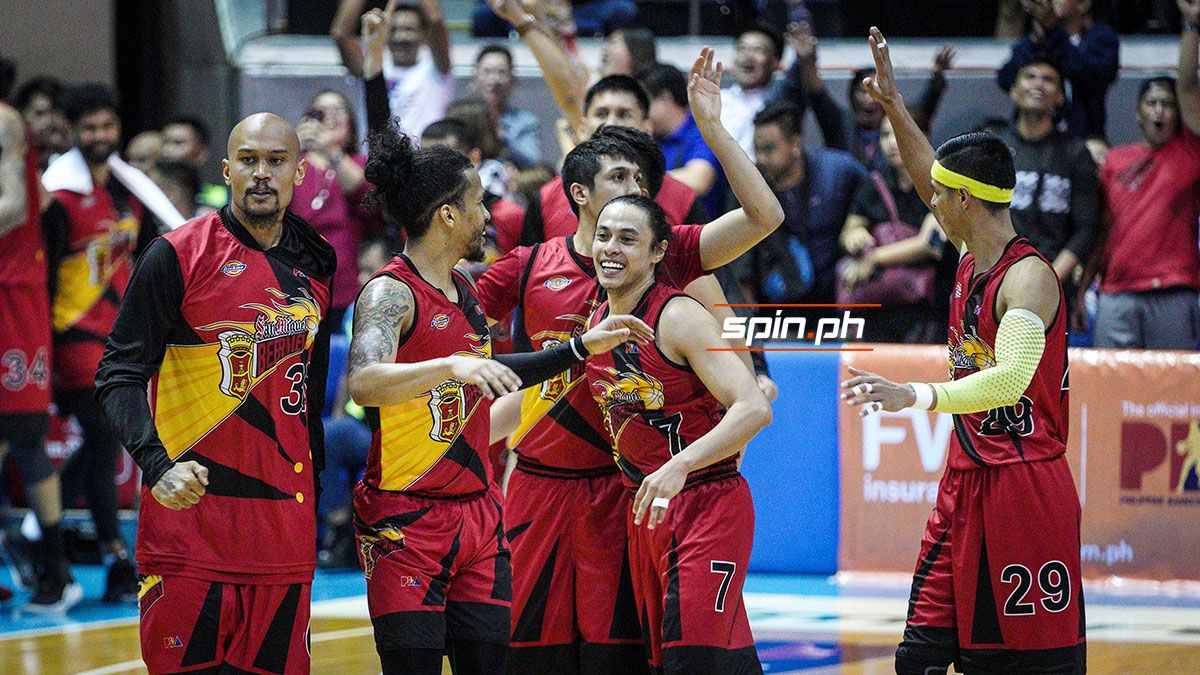 The UAAP MVP from Far Eastern University admitted it’s going to be a dog-fight battling his former ballclub.

Romeo also warned the Beermen of getting off to another slow start the way they mostly did in their semis series against the Elasto Painters.

Do it against the Katropa and TnT will quick to take advantage of the opportunity.

Romeo said the Beermen need to be at their best if they are to beat the Katropa and win a second straight title this season.