CHICAGO - While San Miguel was beating the crap out of Terrafirma last night at the PhilSports Arena, 131-103, a weird thing happened on the sidelines.

Terrence Romeo, who hadn't played for eight months for the Beermen but has recently been reinstated to active duty, refused to enter the court when his number was called.

[READ: Fajardo returns with a bang as SMB toys with Dyip]

In a report filed by SPIN.ph colleague Reuben Terrado, Gallent elaborated, "I wanted him to go inside, at least to feel the game but he said maybe next game. As of now, I was forcing him to go inside but he really didn't want to."

In any workplace, the act of disobeying a direct order from a superior is called "insubordination," which is often handled through varying forms of penalties.

But there's no need to sprinkle pariah dust on Romeo.

Beyond just a case of stage fright or cold feet, there's got to be a reason why Terrence, an otherwise good soldier, would suddenly go sideways, right?

Besides, why wouldn't a recently activated player turn down a chance to scrape off some of the rust in his arsenal and play against a punching bag like the Dyip and harvest free points and highlights?

Apparently, there is a method to the madness.

According to a source familiar with the star player's plight, Romeo isn't quite ready to play yet after a prolonged battle with a herniated disc.

When I first wrote about Romeo's injury last August, the suggested timeline on a return was pegged by his camp at "nine months" not eight.

BUT SAN MIGUEL'S IMPATIENCE IS WELL-FOUNDED.

The team is paying him "over P1 million a month" to be in uniform, not in civilian clothes.

Also, the Beermen are a mere 5-5 in the standings and are desperate for some stability and consistency in an up-and-down conference where they got beat by perennial cellar-dweller Blackwater (109-106) and were absolutely destroyed by the Bay Area Dragons (113-87).

The source told me that San Miguel is pressuring Romeo to play. And if he can't, a trade could be in the works.

Except perhaps for June Mar Fajardo, there are no "untouchables" in the SMC realm. Just ask Arwind Santos and Alex Cabagnot, both of whom are now playing for subpar teams that habitually reside in the bottom of the standings. 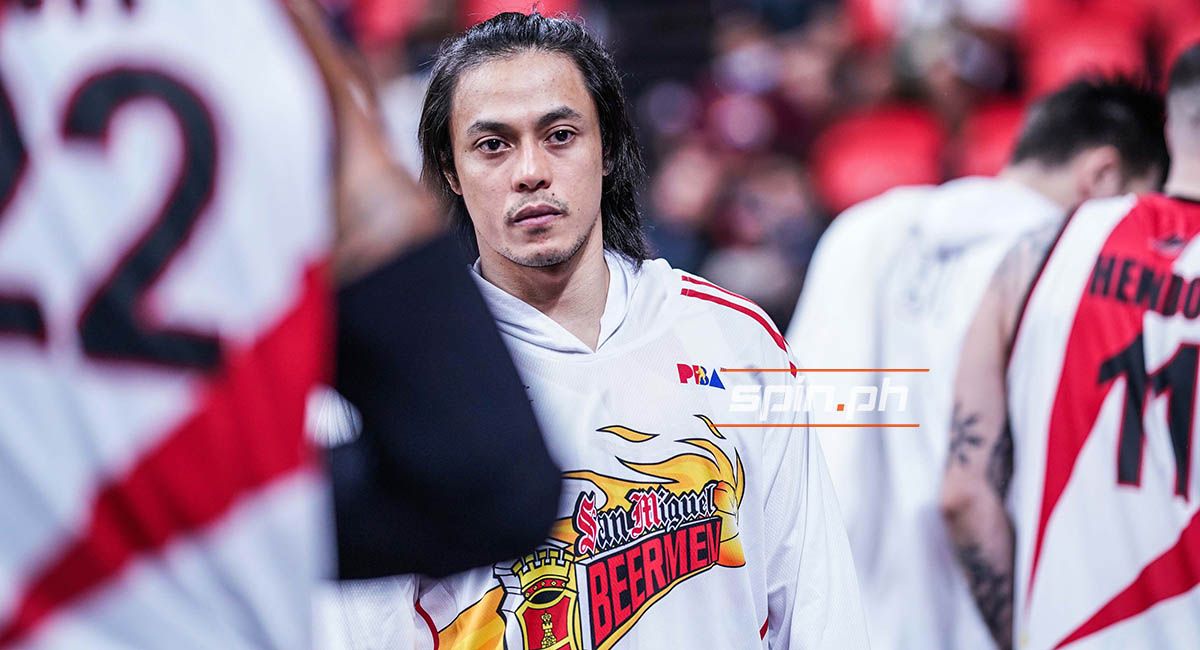 Romeo, a frisky, fearless 5-foot-10, 180-pound playmaker, is a two-time PBA champion and a five-time-All-Star. Terms of Romeo's contract are under wraps but it is believed to be long-term, which is why his name rarely pops up among those being enticed to jump to the Japan B.League.

But he is also 30 years old, a brutal time to have the kind of back injury that he is dealing with. As the hoops saying goes, "once you lose your back, you never get it back."

In the final analysis, a player's greatest ability is his availability.

So, if Terrence Romeo can't play, you have to wonder how much more patience San Miguel has left in this exhausting waiting game.

OH, MIKEY. After my column last night about the woes that have turned the TNT Tropang Giga from a powerhouse to a house in disarray, I received a text message from an official in the MVP group.

"It doesn't matter if you have a championship line-up if everyone can't be there at the same time, including the coaches - you can't win."

"Mikey's suspension and missing a couple games hurt TNT more than his playmaking. It also hurt the psyche of the team."

Amen to that, too.

Finally, I erred about Mikey's new contract yesterday. But here's an update.

Per a source, the mercurial guard got a signing bonus worth well over $140,000 and he also collected 25 percent of the value of his entire contract up front.