TNT leaned on a huge second-quarter run to beat San Miguel, 115-105, on Friday night and gain a 2-1 lead in the PBA Commissioner’s Cup Finals at the Smart-Araneta Coliseum.

Terrence Jones finished with with 37 points, 18 rebounds, nine assists, and five blocks as the KaTropa bounced back from a two-point double overtime loss to the Beermen in a Game Two where the TNT import was ejected.

Jones had 15 points in a ruthless 24-0 run in the second quarter that put the KaTropa up, 43-36, after trailing, 36-19, early in the period. The KaTropa ended up outscoring the Beermen, 37-17, in the second period to take control for good. 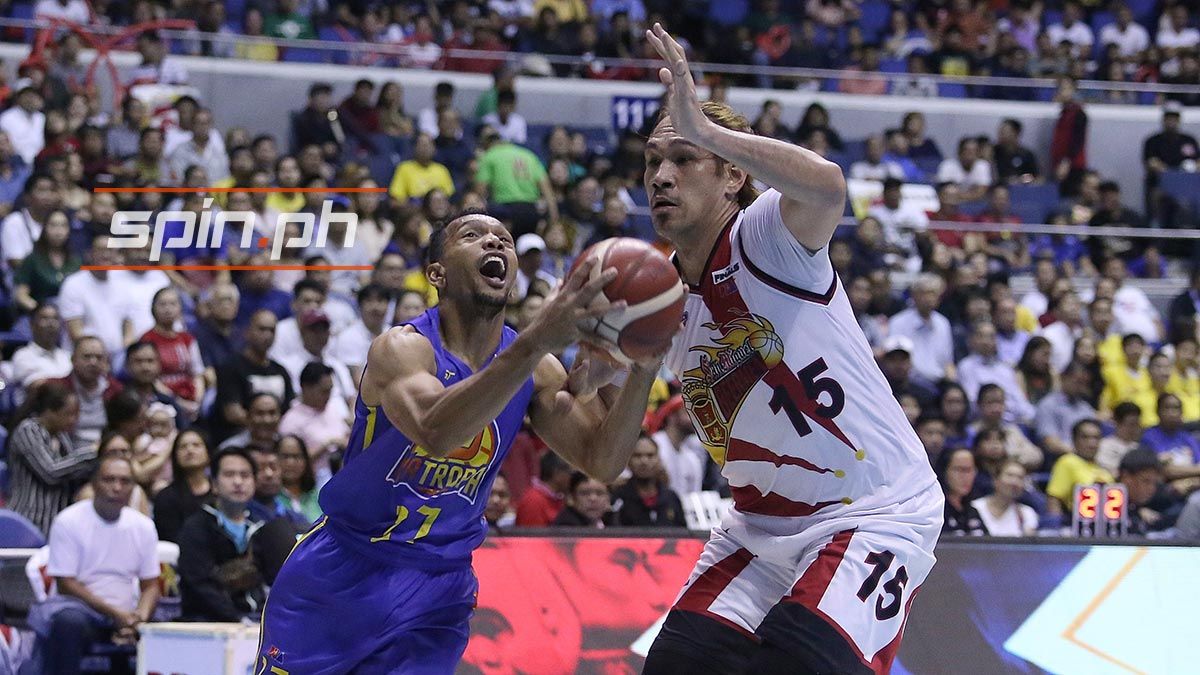 RR Pogoy added 29 points for the KaTropa, who can take a 3-1 lead when Game Four is played on Sunday, also at the Big Dome.

Pogoy came to the rescue after TNT’s lead was cut to three points, 88-85. The Cebuano gunner followed a Don Trollano three with a triple of his own before capping a 12-0 run with another long bomb as TNT regained control, 100-85.

Game Three was not without color after Jones was called for a flagrant foul penalty one for headbutting Chris Ross with 5:51 left in the first quarter. 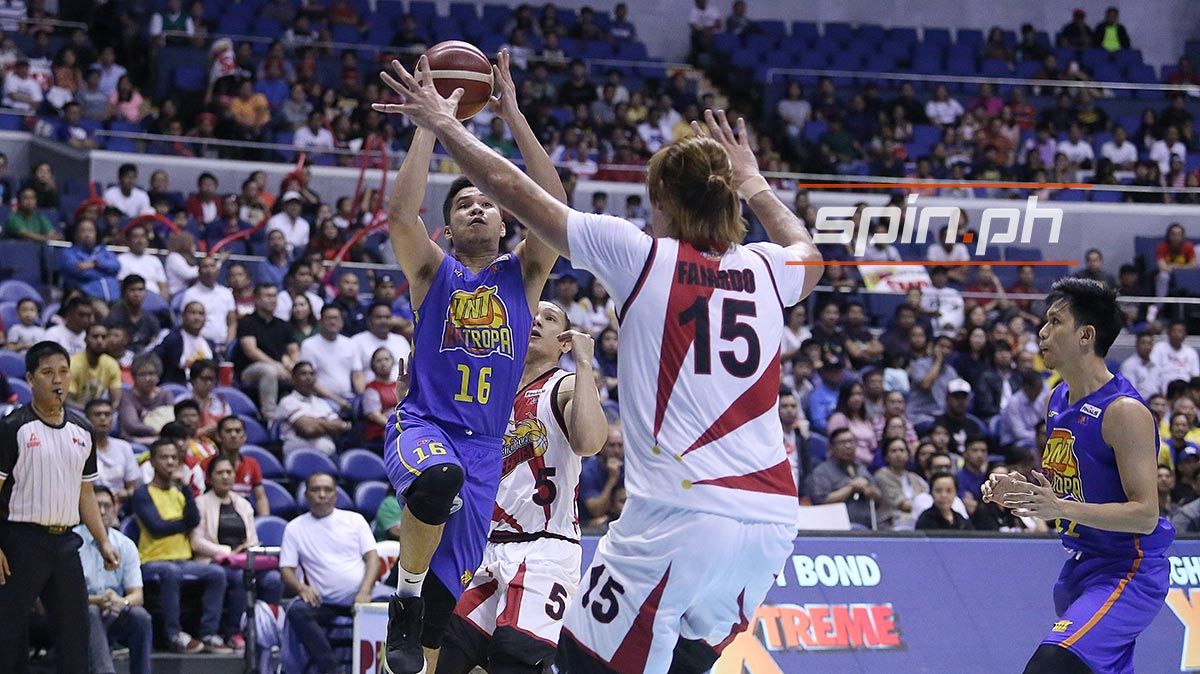 Jones sat out for three mandatory minutes but kept his cool upon his return to lead the charge in the second quarter when the KaTropa wiped out a 17-point San Miguel lead and ended up leading by 55-50 at halftime.

Chris McCullough and June Mar Fajardo had 27 points and 13 rebounds each for the Beermen.