TERRENCE Romeo recently signed up as endorser of PEAK, joining a list that include NBA players like Tony Parker and Dwight Howard as the first PBA player to partner with the China-based brand.

On Friday, the GlobalPort star guard was seen wearing Peak shoes for the first time in a game since he signed his contract when the Batang Pier lost to Barangay Ginebra, 81-102, in tune-up at the Upper Deck Gym.

It is not known if the red pair is Romeo's first signature shoes with the brand, although the kicks, from up close, didn't have markings identifiable with the PBA star.

Still, the silhouette looked nice from up close featuring what appears to be an engineered mesh upper for flexibility and breathability with patent leather features on the toebox, eyelets, and heel-counter.

Also worth noting is the low-cut style of the shoe that Romeo has been accustomed to wearing before with his variety of Nike Kobes. 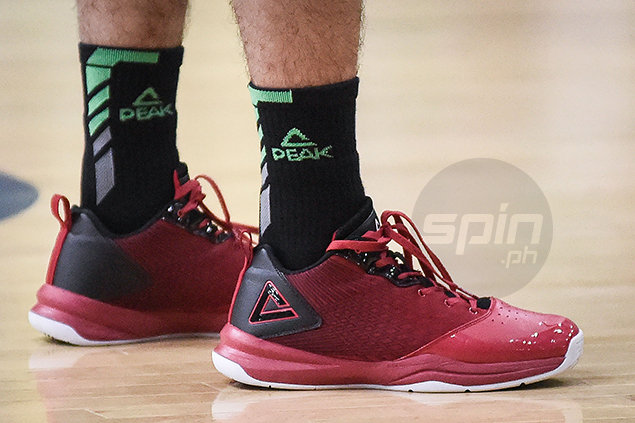 We noticed the traction features a herringbone (zig-zag pattern) outsole that will help Romeo execute his trademark crossovers without slipping all over the place, and we noticed that he didn't slip for the most part of the game against Ginebra.

To be frank, Romeo's shoe has similarities with Nike models such as the Zoom Crusader, and Run The Ones. It can also pass as one of Chris Paul's signature shoes from Jordan if the triangle logo is covered. 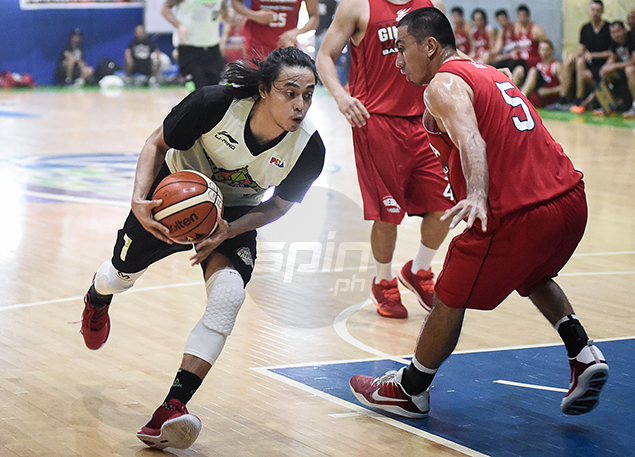 Nonetheless, Terrence Romeo has made Filipino basketball fans proud for being one of the few athletes from the Philippines to be sponsored by a major footwear brand, joining Manny Pacquiao who had deals with Nike and now with Anta.

Romeo finished the tune-up game with 10 points and was flamboyant as usual in the Batang Pier's last tune-up game before the start of the PBA season.

As for his shoes, we'll let you be the judge of that. 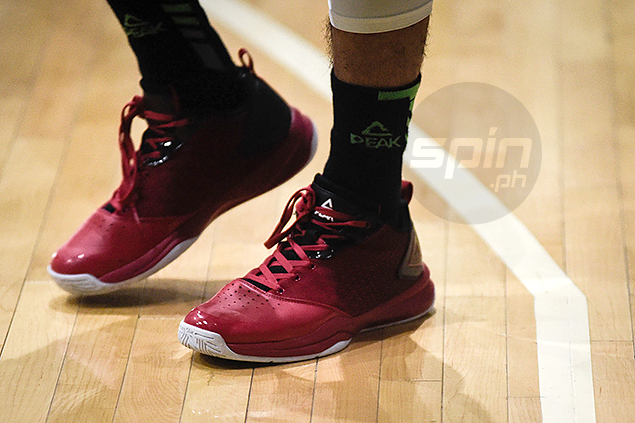