TERRAFIRMA continued its inspired plays in the PBA 3x3 as it went unbeaten in the opening day of Leg 3 and advanced outright in the Sunday’s knockout stage.

The Dyip opened their campaign with a 22-18 upset of Leg 2 champion Meralco Bolts, and then followed it up with a 17-14 win over guest team Pioneer Pro Tibay and 21-11 rout of NorthPort to take the Pool A lead.

They clinched a berth in the playoffs despite missing the services of team captain Roider Cabrera, who remains confined in the hospital three days since collapsing in the Terrafirma dugout following its game against Barangay Ginebra during the Leg 2 week. 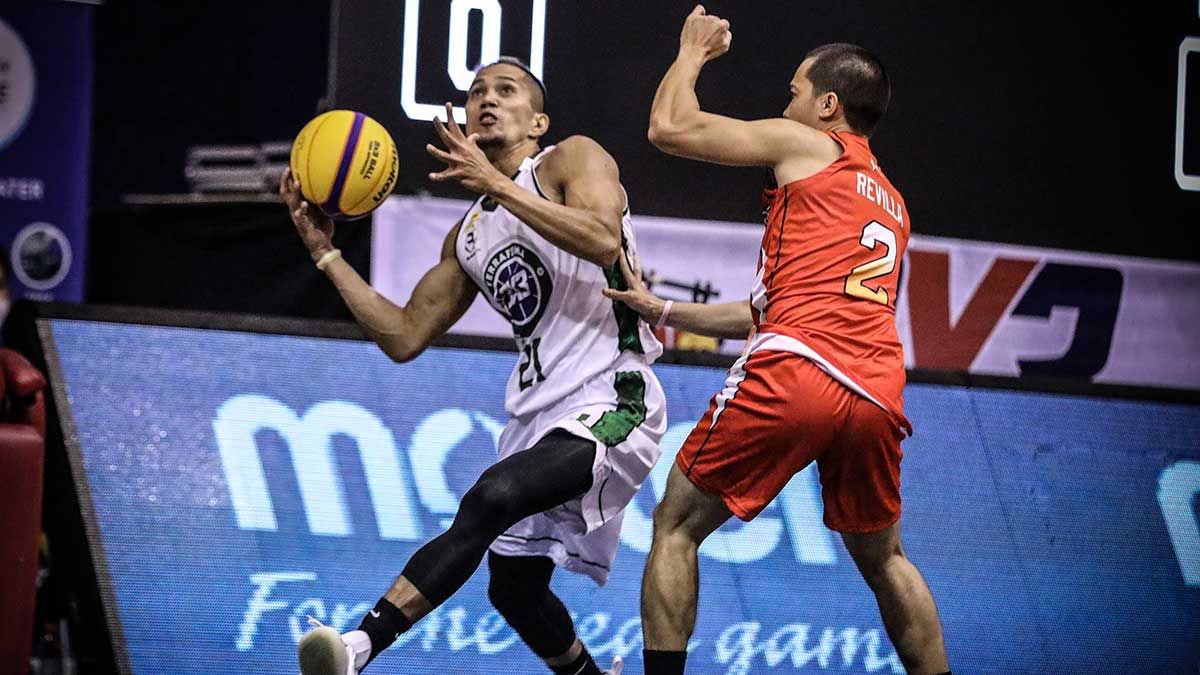 Joining the Dyip into the next round is fellow Pool A member Meralco, which beat Pioneer Pro Tibay, 21-6, to take the no. 2 spot.

Pioneer, nonetheless, still progressed to the knockout stage despite a similar 1-2 record with the NorthPort Batang Pier, who they beat earlier, 21-17.

Zamboanga Valientes are the only winless team in Pool A with a 0-3 record.

The Super Sealers edged out San Miguel, 21-20, for their second straight win in Pool B following a 22-19 upset of favorite Platinum Karaoke.

Cavitex is at the bottom of Pool C with a 0-2 card.