TERRAFIRMA is honoring injured player Roider Cabrera by dedicating its entire campaign in the PBA 3x3 Lakas Ng Tatlo on his behalf.

Dhon Reverente, Matt Salem, Terrence Tumalip and Jebb Bulawan made the gesture when the 30-year-old Cabrera was hospitalized after collapsing in the team dressing room following their game against Barangay Ginebra during Leg 2 of the three-a-side tournament.

While the team didn’t make it to the semifinals the last time, it’s so far, so good for the Dyip in Leg 3 where they’ve earned another berth in the knockout stage after winning all of their three games in pool play on Saturday.

At the same time, if they go all the way and win the championship, the Dyip are offering their prize money to the family of Cabrera to help defray the growing hospital bills.

“Lahat ng games namin dedicated sa kanya. We want to win, we want to advance,” said coach Raymund Tiongco, noting the team already began honoring Cabrera by wearing a patch on their playing uniform bearing the No. 2 of their injured team member.

“Para kay Roider ito. We want to win for him.” 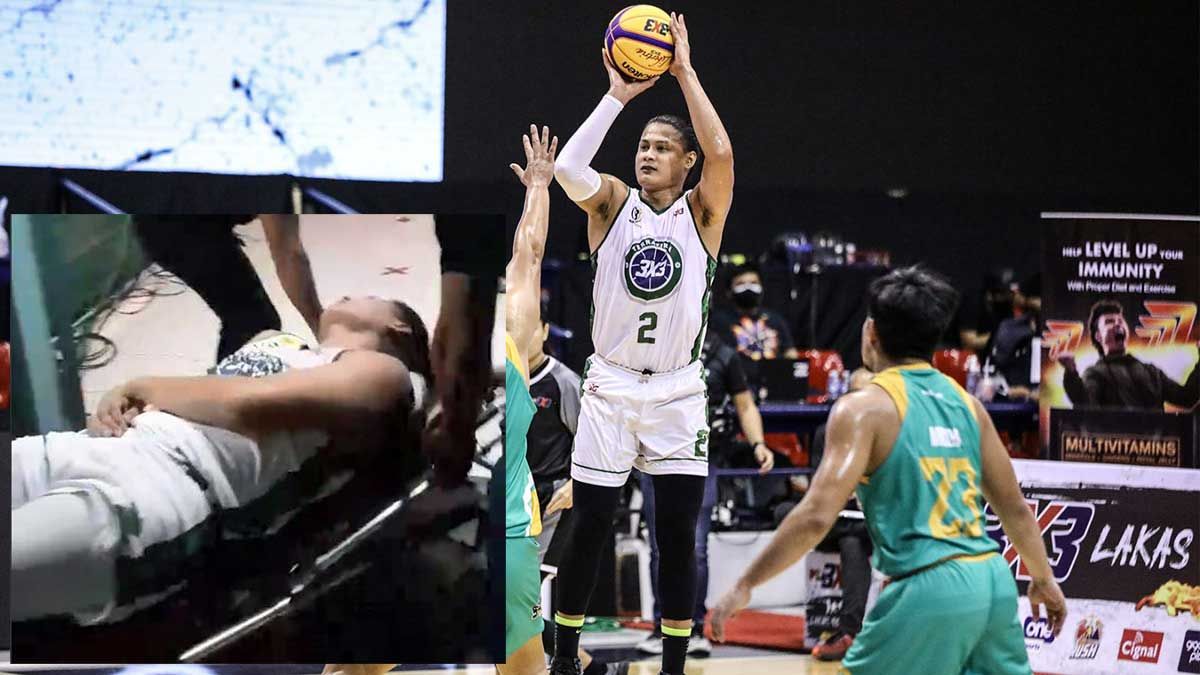 Roider Cabrera remains in the hospital after collapsing in the dugout after a game in the second leg of t PBA 3x3.

Terrafirma is set to play winless Zamboanga Valientes in its final outing in Pool A, where they are expected to emerge as the top team heading to the knockout stage late Sunday afternoon.

Tiongco said Cabrera, who is also Terrafirma team captain, has further inspired the Dyip to make it all the way to the championship, looking back at how the big man out of Adamson played the hero’s role in the team’s two wins against Meralco (17-14) and Barangay Ginebra (19-17) before the unfortunate incident happened.