Which PBA team received the biggest championship bonus? Do the math

EACH time a PBA ballclub hoists a championship trophy in a beer-drenched, confetti-filled celebration, among the first questions that naturally comes to mind is: 'How big a bonus will these delirious players and coaches receive?

No one knows for sure, but the only thing certain is that the bonuses are usually big enough to make these people delirious.

But how big really? That's very difficult to pin down for two reasons: one, people, for obvious reasons, aren't exactly enthusiastic to talk (think about the BIR or a horde of 'new' relatives knocking on your door); two, championship incentives, unlike all other bonuses and salaries in the PBA, are not capped by league rules.

But the league's Uniform Player's Contract (UPC) doesn't put any limit on the bonus a ballclub can give its players for a championship won.

That only means that championship bonuses are dictated only by, one, the generosity of the team owner, and, two, the depth of his pockets. 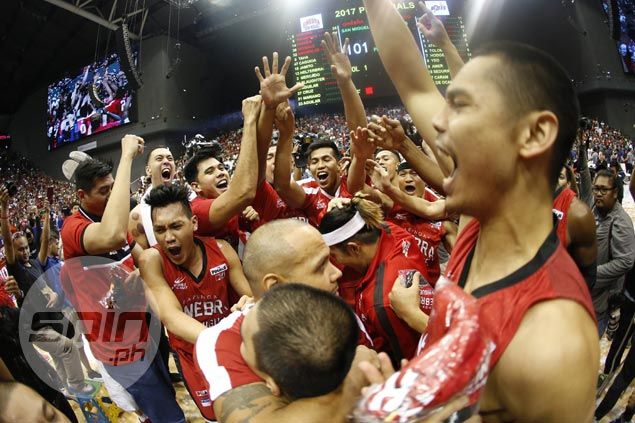 Having said that people especially players are reluctant to talk when it comes to bonuses, we always find that word eventually go around after the fact. That's because tongues are more loose when talking about past events.

So putting together what we've gathered over the past few weeks of asking questions to quarantined players and officials, here is what we know about the PBA ballclubs which enjoyed the biggest bonuses in league history.

We've limited the scope of our search to the past decade, obviously since today's bonuses are far bigger than any incentive given out before. And what we found out is that when it comes to bonuses, no PBA team comes close to those given out by ballclubs belonging to the San Miguel Corp. and MVP camps. 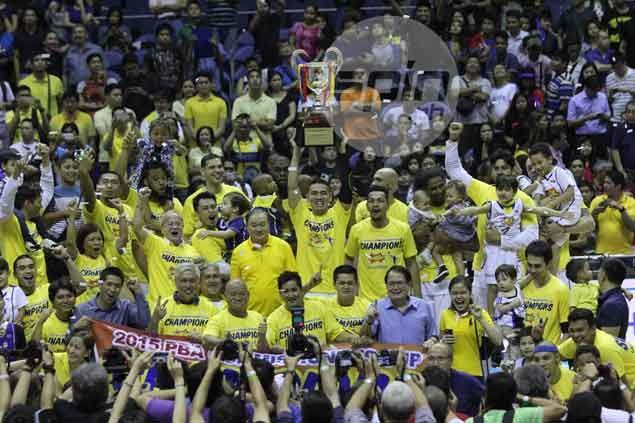 That doesn't mean Rain or Shine and Alaska, the two teams which won league championships outside the MVP and SMC umbrella, aren't generous. Sources insist the Aces and Elastopainters have lucrative bonus packages written on contracts of players for championships won, and never fail to throw in 'plus more.'

But league insiders agree the biggest bonuses were handed out by SMC and MVP teams, or in this case TnT since it's the only MVP-controlled ballclub to win a championship by far.

TnT players, sources say, have been amply rewarded for past championships won. Aside from the usual bonuses that multiplied during the course of the campaign, sources say the team had in the past also rewarded players with company stocks, brand-new cars and, one time, even a gold bar.

In terms of bonuses detailed in contracts, a player in a team that made it all the way to the finals already stands to receive an amount equivalent to two-and-a-half months' salary under the one-fourth (quarterfinals), three-fourths (semis), and one-a-half months (finals) rewards stipulated in contracts. 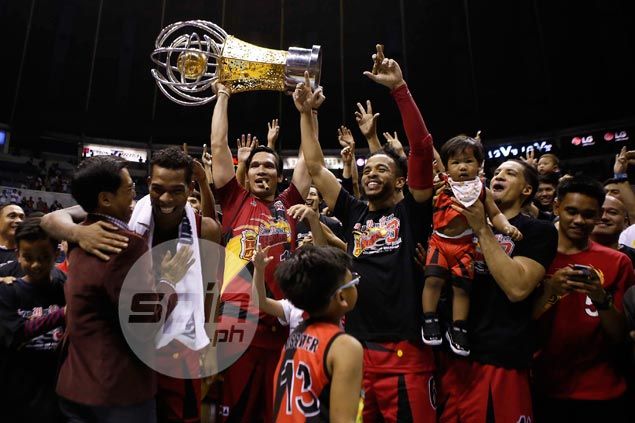 But if you've been around locker rooms after big games and happened to hear roars of approval from players inside dugouts, that means a team manager or owner had announced that he had doubled or tripled all bonuses owed to the players.

The same goes for championship bonuses, which double, triple or even quadruple depending on team owners who want to either motivate players in the run-up to the finals and in the championship series itself - or reward then later for a job well done.

All PBA teams do that. But according to insiders, it is not uncommon for SMC- and MVP-owned teams to go as high as 'times four' or 'times five' or beyond during championship runs. Some players from SMC teams who stood out during a title run are also known to receive SUVs or other expensive gifts in what sources say are 'random acts of kindness' by the team owner and manager.

So which team got the biggest championship windfall in one season?

Multiple sources that SPIN.ph talked to point to the 2014 San Mig team, which, after winning only the fifth grand slam in pro league history, received bonuses that came up to two years' worth of salaries at the end of the historic season - a great windfall especially for stars paid on the league maximum. 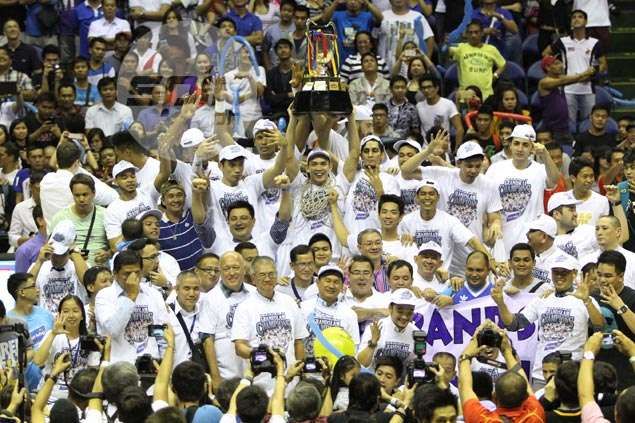 As big as that sum was, the sources bared it could've been easily surpassed last season by the Beermen, who they say were already amply rewarded after winning a fifth straight Philippine Cup and the Commissioner's Cup. That team, however, never reached its full (earning) potential after falling short of a grand slam.