PBA great Samboy Lim is undergoing tests while being attended to by a team of doctors after collapsing in an exhibition game featuring retired cage stars at the Ynares Arena on Friday night.

The 53-year-old former PBA star and national player was unconscious when he was rushed to the Medical City. He has shown slight movements but has yet to regain consciousness, former teammates said.

The family and relatives of Lim are also at the hospital asking prayers from fans.

Doctors have yet to issue a medical bulletin.

The former Letran star had a history of asthma during his playing years but remained in top shape long after his retirement in 1997, regularly lifting weights and playing in exhibition games.

Asaytono, a former teammate at San Miguel Beer, said Lim looked fine until he collapsed while doing some stretching on the sidelines, shortly after he was pulled out of the game by Legends coach Bogs Adornado.

Meanwhile, prayers and well-wishes continue to flood social media sites like Twitter and Facebook after news broke out about one of the most popular players in PBA history.

Here are some of the tweets and posts we got from fans: 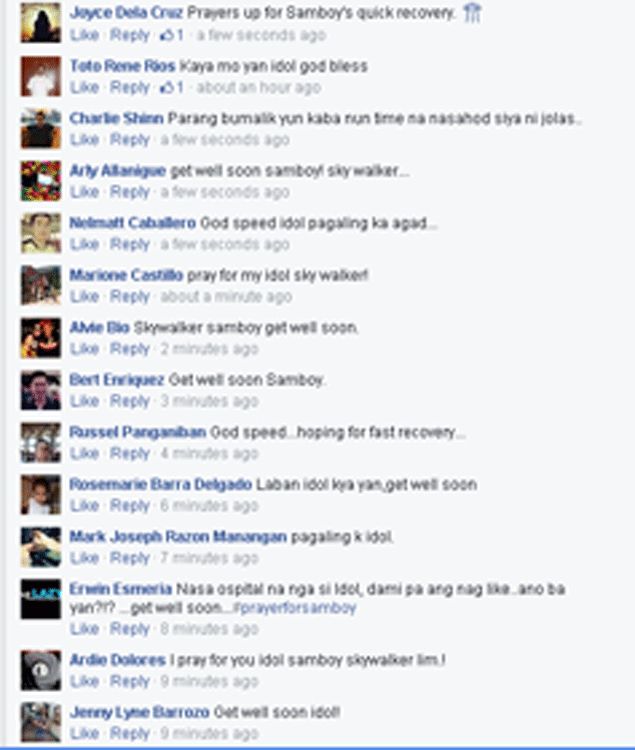 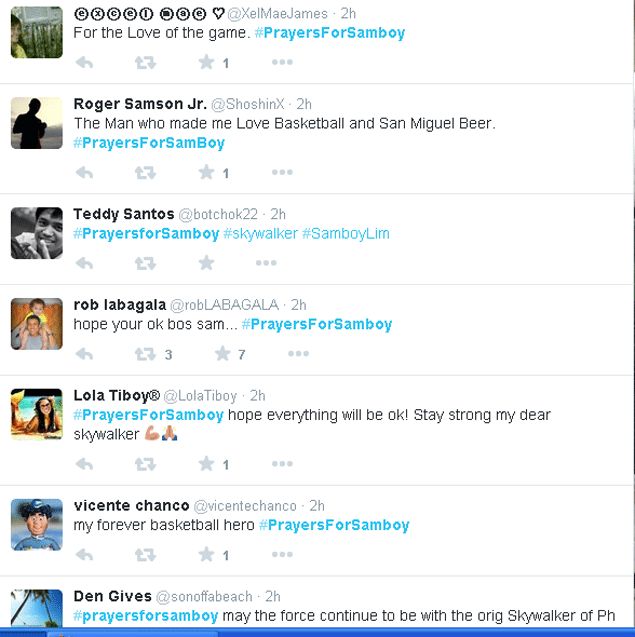