BASKETBALL stars weren't the only ones who shone as the PBA kicked off its 42nd Season on Sunday. Their gorgeous muses more than held their own as they added luster alongside the players when they stepped on the court at the Smart Araneta Coliseum on Sunday.

A bevy of actresses, models and beauty queens led the way for this year's lineups. Let's get to know some of them, shall we? 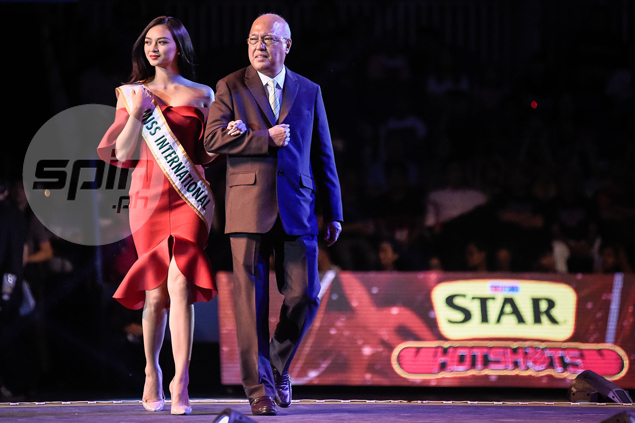 Newly-crowned 2016 Miss International, Kylie Versoza hopes that her luck will rub off on the Star Hotshots as the team hopes to end its two-year title drought.

The charming beauty queen, who was also crowned Binibining Pilipinas International in the same venue, immediately came to the dugout of Star to wish them luck against San Miguel in their season-opener.

Versoza, who was in an off shoulder red dress, expressed her gratitude to the Star management for choosing her to be their muse.

“I feel so honored to be here, when I found out (I asked them), ‘Are you sure?’ So maraming salamat to them. I met some of the players they are really nice.” 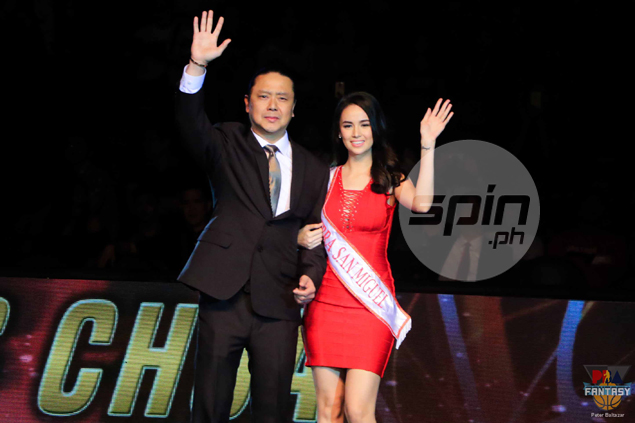 FHM cover girl Kim Domingo was in a little red body-hugging dress as she represented the PBA’s most popular ball club.

SPIN.ph couldn't get close to the Kapuso actress at first since even players from opposing teams were lining up for selfies.

The model/actress could not believe even her team’s rivals wanted to take a picture with her but couldn't say no since they were all nice to her. But as nice as they may be, Domingo’s heart belongs to the Gin Kings. 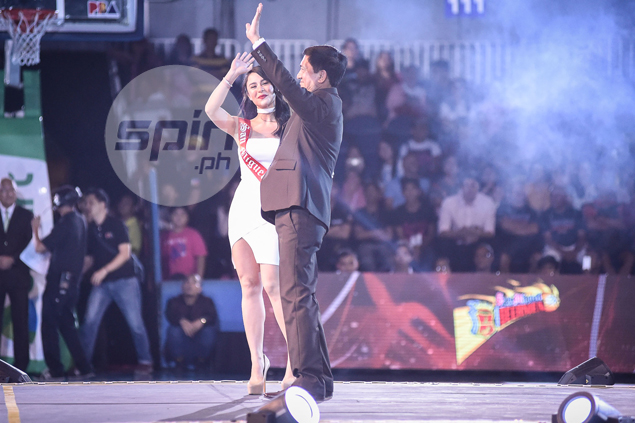 The ‘Camp Sawi’ actress is hoping that defending champion San Miguel won’t have a similar fate as hers in her recent movie.

This year, the mestiza TV personality starred in a film about a group of friends who traveled to an island to mend their broken hearts. In the PBA, unfortunate teams who are eliminated are said to be continue their season playing in the 'Bora Cup,' a reference to an early vacation on the holiday island of Boracay.

But turning serious, Pressman said that she felt honored to be the muse of the Beermen.

“It’s an honor that they got to chose me and it’s an honor to be part of the San Miguel Beermen and to support them,” she said. 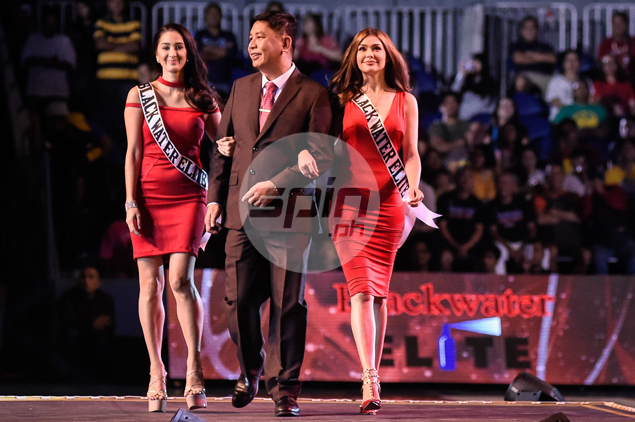 For Brazilian model Diana Meneses, her second time to be a muse in the PBA feels like it's her first.

“It still felt like the first time,” she told Spin.ph.

Meneses, whose first stint as PBA muse was in 2009 with defunct Air21 team, admitted she missed the PBA badly. 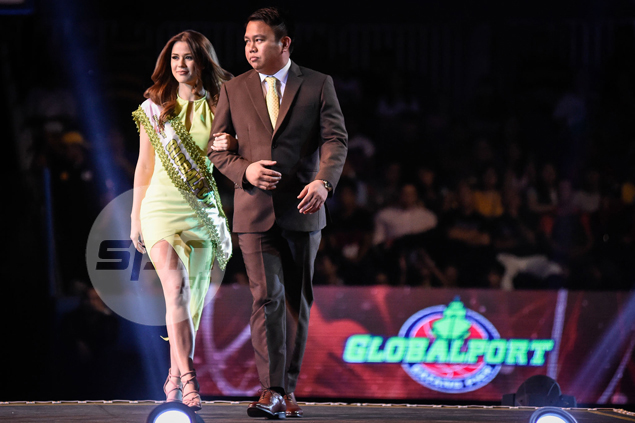 It was a busy working Sunday for Globalport muse Valeen Montenegro, who came straight from a previous TV engagement to the opening ceremony.

But the Kapuso actress wouldn’t have it any other way.

From her busy schedule, the FHM cover girl is hoping she could sneak in some time to watch the games live and support Globalport not only on opening day. 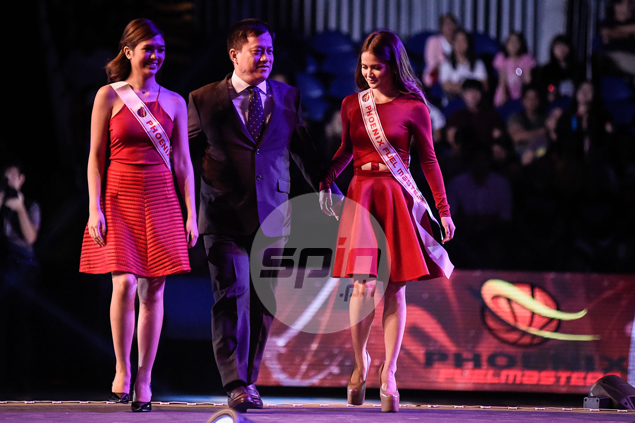 Although they’re used to the glamorous world of show business, still Kapamilya actresses Elisse Joson and Sofia Andres had jitters when they stepped in the venue as muses for newcomer Phoenix.

The tension, however, wasn’t obvious as the two gracefully walked in their red dresses highlighting their fair complexion.

“I got kilig and happy because this is my first time mag-muse sa PBA,” added Andres. “(But) when they first told me, I said, 'What?' Syempre I’m gonna walk in front of so many people so I got excited pero nervous din.”

But being together on their first time experience as PBA muses, the jitters suddenly went away for the TV personalities.

“I was with my friend so comfy naman ako,” agreed Andres. 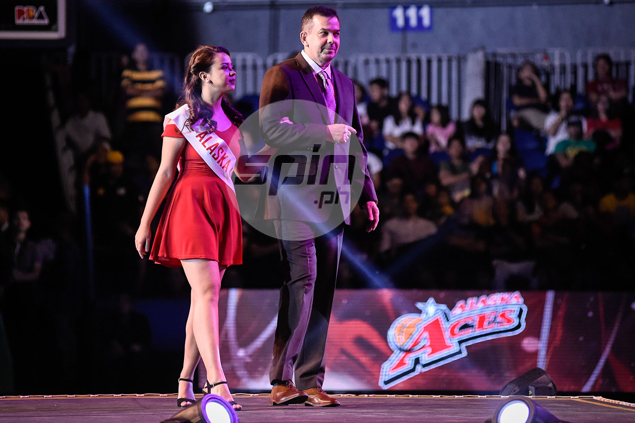 From being a batang Alaska to muse, Ciarra Bachmann received an ‘upgrade.'

The 18-year old daughter of Aces team manager Dicky Bachmann giddily shared to SPIN.ph how she got the role of being Alaska's muse.

“He asked me if I wanted kasi wala na daw talagang pwede so I said I was okay naman with it,” she continued.

“It feels (happy) because I got to experience something new, so parang upgrade from just a kid watching the games to muse,” she added.

Although the Grade 11 student, who goes to University of Santo Tomas, immediately said yes to be the muse, she can’t help but be nervous.

Thankfully, daddy was there to the rescue.

“I was very happy and nervous at first because it was my first time with a very big crowd but I felt comfortable naman because I was with my dad,” she said. 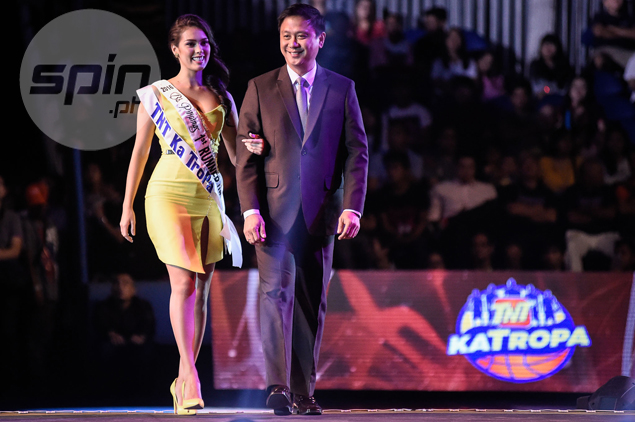 Bb. Pilipinas 1st runner up Angelica Alita felt like a winner when she learned that she will be the muse for many-time champion TNT.

The beauty queen, who also competed in the same venue as the season-opener ceremony, was just grateful that she was chosen by the Tropang Texters to represent the team.

“I’m really thankful because I never thought that I will become a muse here in the PBA,” she said. 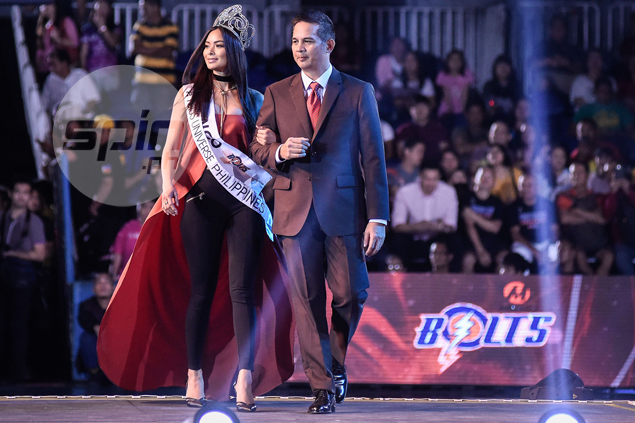 Being the muse of underdog-turned-contender Meralco is both a privilege and an honor for Maxine Medina.

While the Bolts finished runner-ups to Ginebra in the just concluded Commissioner’s Cup, Medina made the team feel like champions as she wore her Bb. Pilipinas Universe crown.

“It’s a privilege for me,” she said. “I’m very, very happy and I’m really excited for them.”

Unlike the other muses, who wore dresses, the beauty queen rocked a tube top with a long train paired with black skinny pants.