SPIN.ph Sports Heroes of 2016: Tim Cone, the sportsman who takes the lead

THE year 2016 was blessed with the perfect marriage between the PBA's most popular ballclub and its most successful coach of all time. Leave it to the magic of Tim Cone to provide the fairy-tale ending.

IT took just one season and the brilliant coaching mind of Tim Cone to accomplish what five others before him failed to do in the last eight years for Barangay Ginebra.

With Cone again weaving his magic wand, the Kings ended what was almost a decade-long spell of frustration and torment by finally winning a PBA championship, bagging the season-ending 2016 Governors Cup title at the expense of a gritty Meralco side.

The wait lasted eight long years, an eternity for fans of the league’s most popular ballclub, as the Kings last hoisted a championship trophy in 2008 when it ruled the Fiesta Cup conference under former mentor Jong Uichico.

Five coaches took over since then in Siot Tanquingcen, Ato Agustin, Alfrancis Chua, Jeffrey Cariaso, and Frankie Lim, all failing to guide the Kings back to the top.

That was until Cone came on board.

San Miguel Corp. management had to take the bold, albeit controversial move of transplanting Cone to Ginebra from Star, where the 59-year-old American established a winning culture in so short a time, bagging five titles in six finals appearances including a rare grand slam in 2014.

Cone, though, was well aware of the pressure and expectations in taking the Ginebra job.

“I think the hardest thing for a Ginebra coach is trying to meet expectations, and we want to kinda dampen expectations for a little bit,” said Cone when he was formally introduced as Ginebra coach in July of 2015 at the SMC headquarters in Mandaluyong.

“It’s going to take some time – it always does.” 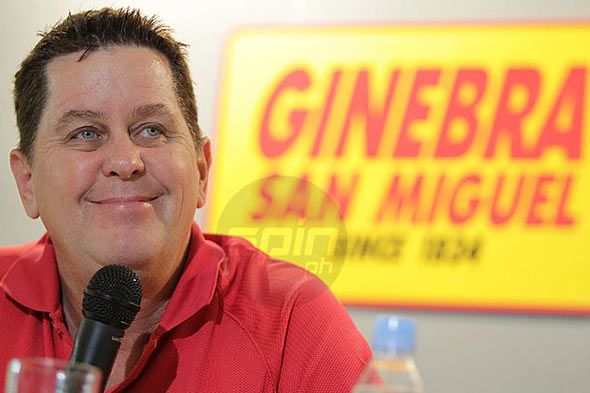 Cone could have underestimated his own expectations since it didn’t take long before the Kings’ championship thirst was finally quenched. One year, three months to be exact, or in just his third conference since taking over the team.

Behind replacement import Justin Brownlee, the Kings endured the injury to big man Greg Slaughter in the eliminations and marched to the finals for the first time in three years by stunning champion San Miguel Beer, 117-92, before a roaring crowd of 20,000 at the Araneta Coliseum during the decisive Game Five of the semifinals.

The veteran mentor even tried to play down his role after the game, saying that he has no prepared speech since it didn’t even cross his mind that the Kings would be able to get past the Beermen especially after being blown away in Game Four.

The Bolts stood in the way of the Kings in the finals.

Eager to prove themselves in their first championship appearance in franchise history, the Bolts pulled a stunning feat of their own by ousting top seed and sister-team TnT Katropa behind the dominant inside-outside game of Best Import Allen Durham.

Meralco proved to be a tough foe for Ginebra than what many expected. The Bolts led the series 2-1 after Game Three and appeared on the verge of burying Ginebra, 3-1, in the finals when it took a 74-58 edge heading into the final quarter of Game Four.

That’s when Cone came through with his ‘magic bunot.’

In a desperate bid to spark the Kings, Cone banked on seldom-used former MVP JayJay Helterbrand for instant offense off the bench, and the veteran guard didn’t disappoint.

Helterbrand went 4-of-4 from the field to finish with 11 points, but more importantly, rallied the Kings back from the jaws of defeat for a thrilling 88-86 escape act.

“It was a storybook game,” said Cone. “We were swinging in the wind, we didn’t know what we were doing, then Jay played with so much energy … and pretty much saved our series.” 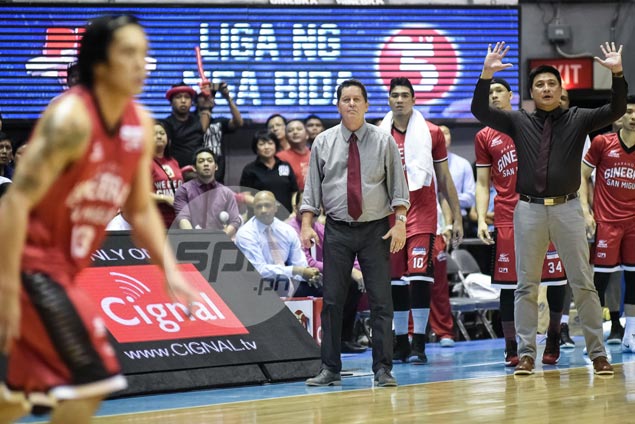 The Kings didn’t waste the opportunity and saved their best for last.

Down by 13 at halftime of Game Six, the Kings were in a mess inside the locker with Cone bursting in anger at his team’s lethargic showing.

“Senator (Robert) Jaworski came into the locker room. He just came out and he was very calm and friendly. I was surprised,” said Cone of the former Barangay Ginebra playing-coach, who watched the game from ringside as the Big Dome reverberated with the famous chants of ‘Jaworski! Jaworski! Jaworski!’

“And he just said, ‘You know, you’re playing tentative. You’re not really playing your game.”

It was all Ginebra needed to get back into the game that wasn’t decided until the final possession. And leave it to Brownlee to provide the theatrics for a dramatic finish.

The soft-spoken import drained a top-of-the-key three-pointer over the outstretched arm of Durham at the buzzer to seal the deal for the Kings, 91-88, and signal an end to the Kings’ years of frustrations.

Cone later joked about him designing that ‘perfect play’ for Brownlee.

“But you know, sometimes players just overcome coaching and he (Brownlee) hit a great shot,” said the coach from Oregon, USA.

It was the 19th league title in 30 finals appearances for Cone, who has long earned the distinction as the most accomplished coach in PBA history after surpassing the late great ‘Maestro,’ Virgilio ‘Baby’ Dalupan three years ago.

Ginebra, meanwhile, won its ninth title in 22 finals stint, while ending the longest title drought in team history since first entering the league in 1979 as Gilbey’s Gin.

No wonder, Mark Caguioa blurted out loud on national television the now famous words ‘Wala nang kankungan’ shortly after the Kings made their way back to the top.

And he and the Kings had a lot to thank Cone for that. 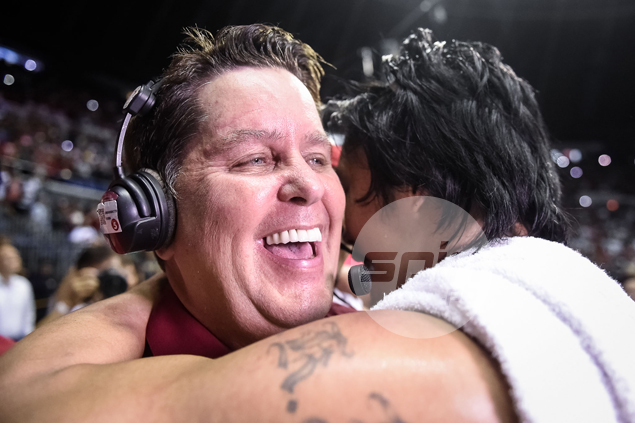