More than winning the PBA Philippine Cup title, San Miguel claimed its place in history with an epic finals comeback from 0-3 down against Alaska that is now immortalized in basketball lore as the 'Beeracle'

IT’S a victory you can definitely, well, get drunk to.

It’s also that one-of-a-kind sports tale, one that will be remembered for decades, that’s perfectly fitting, with the team representing the top local beer brand completing what’s arguably the greatest comeback in basketball history.

San Miguel Beer immortalized its place in basketball lore with its 2016 Philippine Cup Finals triumph over Alaska last year, becoming the first club ever to come back from a 3-0 deficit in a playoff series in the PBA. The feat has yet to pulled off in the NBA.

Only five teams in the world’s major sports leagues – four in the National Hockey League (2014 Los Angeles Kings, 2010 Philadelphia Flyers, 1975 New York Islanders, and 1942 Toronto Maple Leafs) and one in the Major Baseball League (2004 Boston Red Sox) had done the improbable feat before.

The odds that the 2016 batch of Beermen would be part of the distinguished list were the same as a regular guy courting 2015 Miss Universe Pia Wurtzbach and getting her sweet ‘yes’ to be his girlfriend. 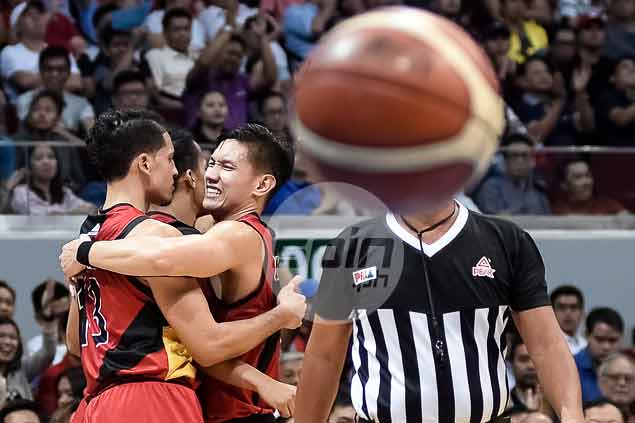 One would know the tale by now, as the SMB side sorely missing cornerstone June Mar Fajardo lost the first three games of the title series against the Aces.

Alaska, which had lost twice in the finals in the previous season to the Beermen, even looked close to finishing the series after enjoying an 11-point lead with four minutes left in Game Four.

Then the unthinkable happened.

Left for dead after being on the verge of getting swept in a playoff series for the first time in their long history in the league, the Beermen began a riveting resurrection by showing the stuff champions are made off – eventually earning a place among SPIN.ph’s Sports Heroes for 2016.

First, the shorthanded Beermen clawed back to force overtime – they could’ve even won it in regulation had it not been for a buzzer-beating triple by Alaska – and eventually escaped with a 110-104 win to live to fight for another day.

With Fajardo doing a Willis Reed and joining SMB the next game, the Beermen endured another hard-fought Game Five battle that needed an extra session where they pulled away for an 86-73 win to drag the series further.

The Beermen then gave the defense-oriented Aces a dose of their own medicine, forcing them to turnovers that translated into transition points as they took Game Six, 100-89, to force sudden death.

So what was once a rarity was close to reality. 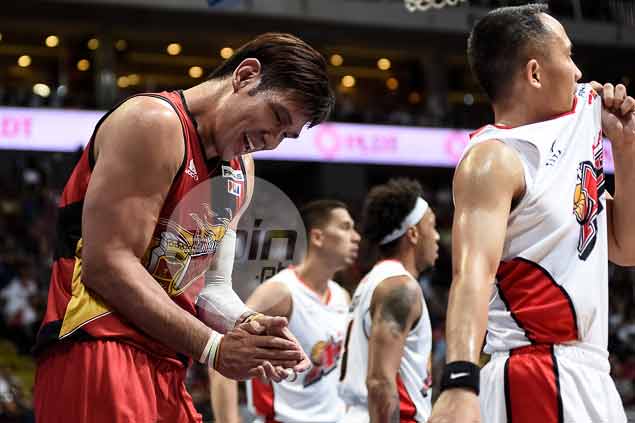 With desperate times calling for desperate measures, the Aces employed a strange strategy of burning a handful of timeouts and basically fielding a new starting lineup to start Game Seven, a ploy that backfired as the Beermen still established an early double-digit lead.

SMB stayed composed after Alaska made one last stand as the Beermen held on for a 96-89 win to finally complete their miraculous run to the championship last February 3.

“A ‘Beeracle’ was just around the corner and it happened,” SMB coach Leo Austria addressed the sellout crowd of nearly 24,000 fans after the game. “We were just luckier than them.”

It certainly took the Beermen a lot more than luck as Chris Ross, Arwind Santos, Alex Cabagnot, Marcio Lassiter, Fajardo, and their bench crew all played pivotal roles as SMB claimed its second straight crown, third over the last four conferences and 22nd overall to solidify their status as the league’s most successful squad.

Ross, the defensive anchor who kept the Beermen afloat in the series, suddenly caught fire from long distance, knocking down four treys in the deciding game to eventually be named Finals MVP.

“You can’t look at the destination,” Ross said. “You have to enjoy the journey of just getting to the mountaintop – it was rocky at first, but we weathered the storm and we were able to get through it.”

The comeback surpassed what had been considered the greatest in league history – Ginebra’s rally from 1-3 down against Shell in 1991.

The primary objective was reviving their quest for a Grand Slam after they were one title away from achieving the feat in the previous season, but the Beermen got something better. 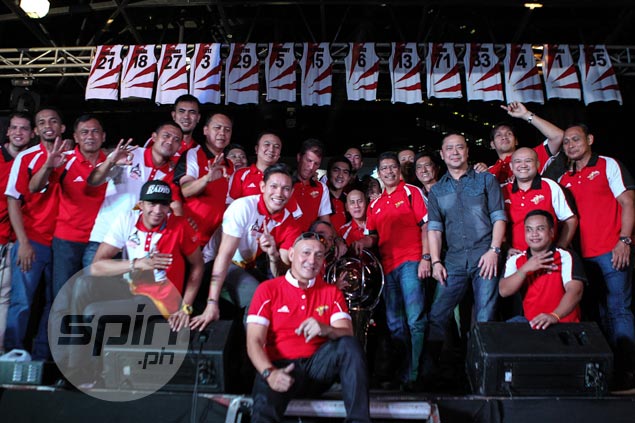