CHICAGO - It's not a supernova just yet, but when you look up high in the PBA skies, it's impossible not to notice the glistening star that is Chris Banchero.

Playing at his elite level peak at age 32, Banchero is lighting up the ongoing Governors' Cup with eye-popping averages of 18 points, 3.6 rebounds and 4.4 assists per while leading Phoenix to a solid 3-2 start.

An efficient 55 percent shooter from the field, per the official PBA website, the 6-foot-1, 175-pound point guard is also reliable from long distance, swishing 3s at a high rate of 39 percent.

On defense, he is an animal, too, hounding opposing playmakers with relentless aggression.

He leads Phoenix in steals at 2.4 a contest.

The minor dent in his armor is the 65 percent clip from the free throw line, but it's a correctable flaw.

An unrestricted free agent by end of the month, keeping Banchero is a top priority for the Super LPG but the team concedes that doing so will require a lot of luck.

"We already offered him a contract to sign. It's an offer worth considering but we know it will be a hard sell given what's out there for him," a team source told me via text message.

"I would say there is a big possibility that he will leave," the source added.

THOSE FEARS ARE NOT UNFOUNDED.

Under the PBA's new UFA rules that cover players who were drafted in 2014, a mandated salary cap of P500,000 a month is still in effect, which gives smaller, poorer teams like Phoenix a fighting chance.

Sadly, the rumored bonuses and side businesses that the rich teams reportedly continue to offer under the table remain limitless.

And if the Commissioner's Office continues to turn a blind eye on all these alleged shenanigans, this so-called unrestricted free agency will continue to be a dog-and-pony show where the spending field gets stuck at uneven.

Chris Banchero, CB to his peers, will have to be fiercely and blindly loyal to stay with Phoenix.

Why settle for less when you can get way, way more elsewhere?

Somewhere out there, SMC director Alfranchis Chua or an official from the MVP camp must be smiling.

Who knows? Ginebra's next best point guard and potential heir to the aging L.A. Tenorio is available in the open market.

Being waived by the Tokyo Z didn't mean Juan Gomez De Liano couldn't play at a high level in Japan,

On the contrary, "he is super-talented," a Japan-based agent told SPIN.ph while pointing out that JGDL had 12 starts before his playing time slowly diminished.

"He didn't see eye-to-eye with the coaching staff," said another source. "They wanted him to play a role and De Liano wanted to play a certain way. It just didn't work out."

This means JGDL could thrive under another coach and another system. But with the B.League in full swing, it will be unlikely for him to hook up with another squad this late in the season.

Another option for JGDL is to play in the PBA and get more experience. Once the 22-year old is ready to learn and lead, he will always have a market in the Japan B.League.

Per my sources, JGDL, who is represented by agent Michael Siegel, pulled in a decent contract worth $8,000 a month. 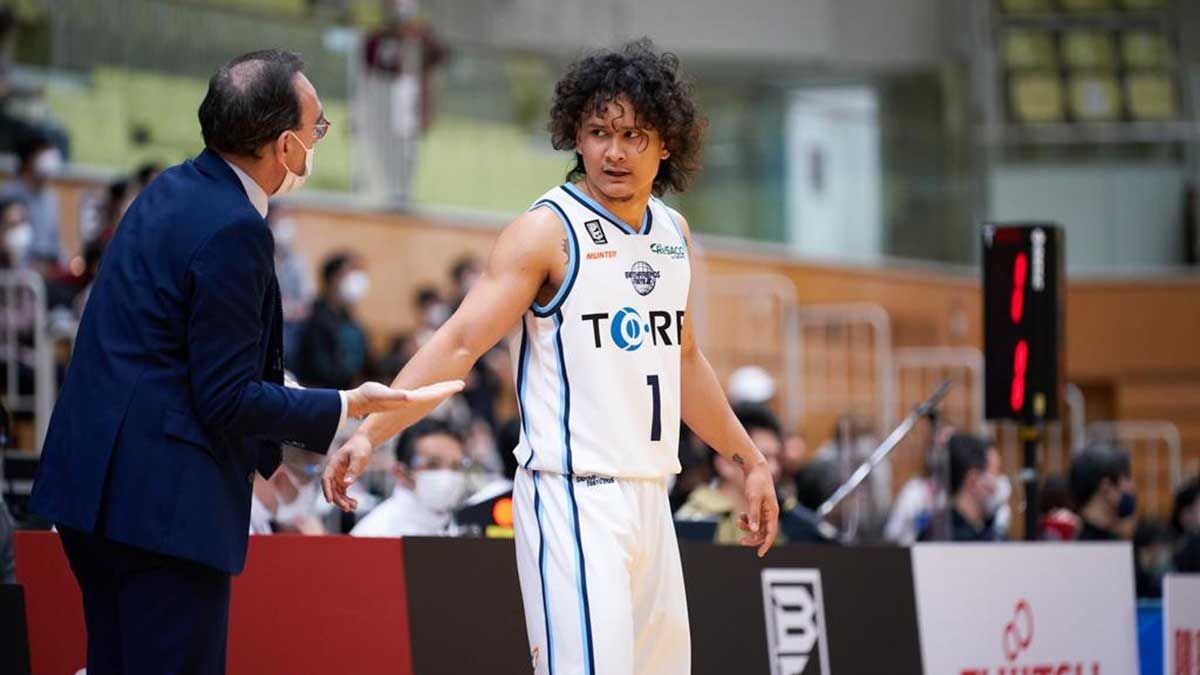 With "incentives" from the big-budget teams, JGDL can get that salary range in the PBA.

Getting in the B.League is one thing. Staying there is an entirely different matter.

And the "staying" part is crucial because those second contracts or contract extensions are the deals that carry the most dollars.

But the contract the ballclub offered him didn't quite match their enthusiasm to keep him.

Unless they give him a Dyip full of money, I think Matt is gone.