CHRIS McCullough buried crucial shots late in the fourth to send San Miguel to the finals with a 98-95 win over Rain or Shine on Friday night in the PBA Commissioner’s Cup at the Smart-Araneta Coliseum.

The NBA veteran was instrumental in the Beermen’s 11-4 finish to the game to eliminate the Elastopainters in Game Four of the semifinal series.

McCullough contributed 35 points, 18 rebounds, and five blocks in the win by the Beermen, who will face TNT in the best-of-seven finals starting on Sunday at the Smart-Araneta Coliseum.

McCullough hit five straight points including a triple that put the Beermen ahead, 96-94, with 2:48 left in the fourth quarter, before Terrence Romeo sank a short stab to grab a 98-94 lead with 1:45 remaining in the match.

Rain or Shine was down by three in the final possession of the match, but the Elastopainters were unable to complete a play with James Yap turning the ball over in the final seconds.

The Beermen continued their rise from a 2-5 start to the conference, to seventh-seed in the quarterfinals, to a team which will contend for a second straight conference title this year. They will face TNT, a team it defeated in the 2017 Commissioner’s Cup finals in six games.

“It’s nice to be back here but I’m sure, in the finals, we are facing a tough team. We are facing the team that is playing the highest level of basketball of their careers,” said San Miguel coach Leo Austria.

Alex Cabagnot had 21 points, while June Mar Fajardo had 19 points and seven rebounds for the Beermen, who came back from a 13-point deficit to win Game Four. 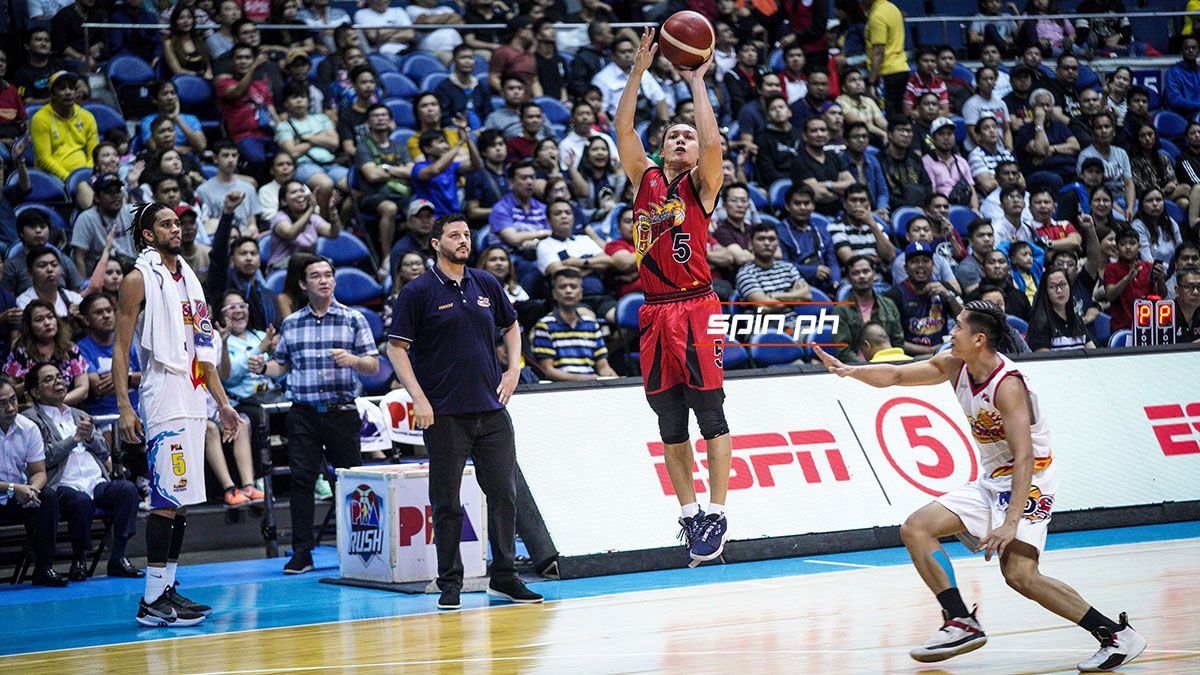 The Beermen actually started Game Four on a sizzling run and taking a 24-11 lead, while the Elastopainters came right back after outscoring their opponent, 18-9, in the second to grab a 44-41 lead. Rain or Shine was still up, 60-47, but the lead was cut down to three, 75-72, entering the fourth.

Carl Montgomery had 18 points and 17 rebounds, while Ed Daquioag and Rey Nambatac had 15 points each for the Elastopainters.