SHABAZZ Muhammad put on an incredible offensive display, scoring 57 points as San Miguel came rallying back from 26 points down to beat Meralco, 113-110, on Saturday in the PBA 46th season Governors’ Cup at the Smart-Araneta Coliseum.

Limited to only 12 points in the first half, Muhammad buried baskets one after the other in an emphatic shooting outburst for the NBA veteran before San Miguel weathered a late charge by Meralco to finally secure the victory in its final game of the elimination round.

Not surprisingly, Mohammad was the hero in the final seconds, picking up the loose ball after missing two free throws of his own to score on the putback to regain the lead, 111-110, with 29 seconds left in the game.

Meralco turned the ball over on the next play with Chris Ross forcing a turnover after a wild entry pass by Allein Maliksi to Tony Bishop in the dying seconds, leading to two free throws by Muhammad to finish the second half with 45 markers against the team he was originally set to play for this conference.

San Miguel finished the eliminations with a 7-4, climbing to third place and will now play the waiting game on whether it will secure a twice-to-beat advantage in the quarterfinals or not.

Meralco has now fallen to its third straight loss to go down to 6-4, its chances to gain a twice-to-beat advantage in the quarterfinals slipping away.

“It looked like a miracle. Against Meralco, they are leading, we thought that it is impossible. But miracles happen every second. What happened tonight is a gift for us and a wake-up call for us,” said San Miguel coach Leo Austria.

SMB was trailing, 72-56, early in the third when Muhammad lit with 24 points in the quarter including 13 straight at one point to cut the deficit to 92-83. 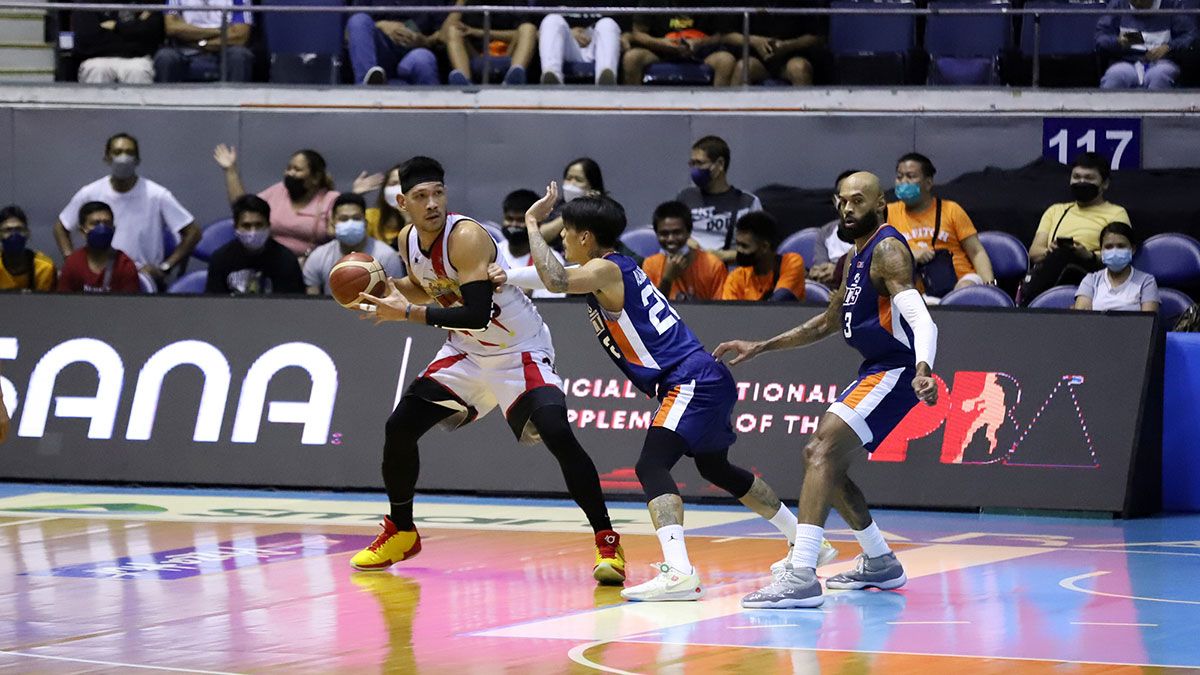 The Bolts did respond with an 8-0 run for a 106-100 lead, but San Miguel was too much as Marcio Lassiter and June Mar Fajardo converted baskets before Muhammad took over again.

Bishop had 29 points and 14 rebounds, while Bong Quinto had 18 points for the Bolts in the deflating defeat.