HOW can a team loaded with stars like San Miguel acquire a talent like Terrence Romeo and manage to fit his annual pay in the PBA-mandated salary cap?

SMB governor Robert Non only has one word for it: sacrifice.

Non clarified that contrary to popular belief, ony four-time PBA MVP June Mar Fajardo has a maximum contract among the current Beermen, which sees him take home a monthly salary of P420,000 or P5.04 million in total annually.

Though Non did not divulge the exact amounts of his starters' salary, the veteran SMB official said that the Beermen's total salary is still under the PBA-mandated annual salary cap of P50 million per team. The league's salary floor is P27 million.

In retrospect, a team could have at least eight players signed to maximum contracts and still make the salary cap. But that would leave the squad signing other players either to the veterans' minimum or rookie-scale contracts.

That, however, isn't the case for the Beermen, no matter how deep their pockets are.

He also shared that some of the veterans, among them starting guard Alex Cabagnot, have taken the initiative to make these sacrifices. 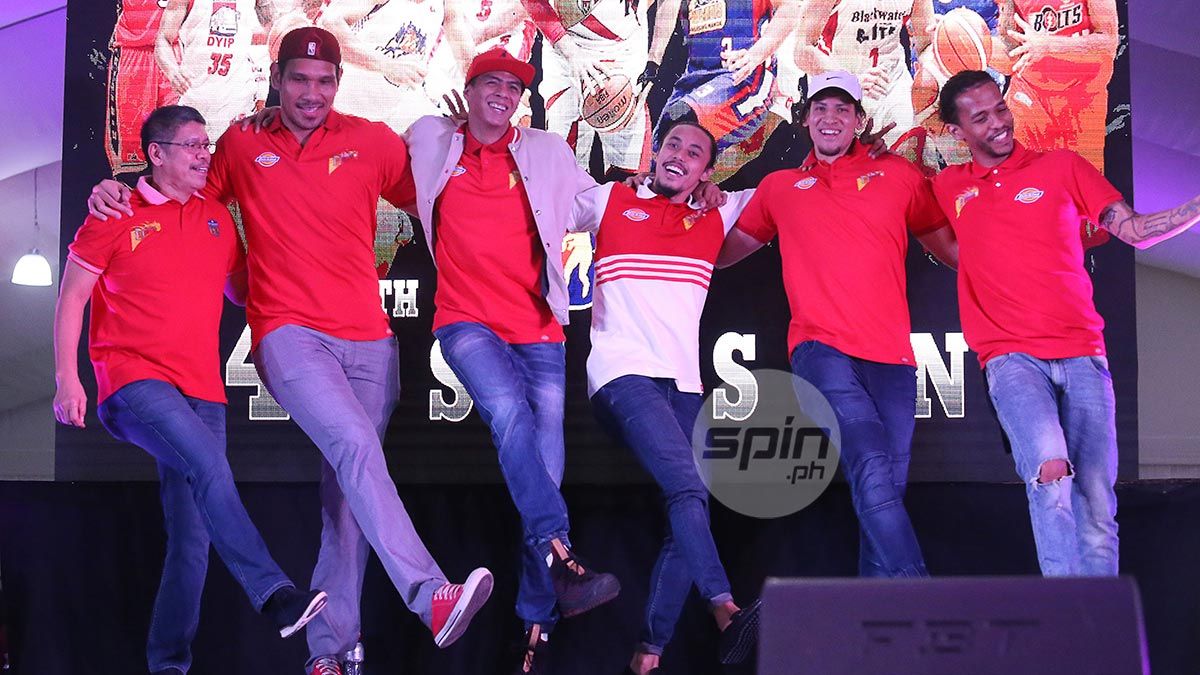 Also easing the cap strain on San Miguel are players on a lower budget. For example, last year's first overall pick Christian Standhardinger is still on a maximum rookie-scale contract, with him earning P150,000 monthly in his first year and P180,000 in his second year.

In Romeo's case, he signed a maximum three-year contract extension with GlobalPort (now NorthPort) worth P15.12 million back in 2016, but Non said that somewhere along his stops with the Batang Pier and TNT, there was a re-negotiation which brought down his pay to a little over P200,000 per month.

Non said that paycuts at San Miguel isn't really a foreign idea, with superstars of the past also doing so in their continued pursuit for championships.

Championships and the accompanying bonuses, however, more than make up for the players' sacrifices, Non said.

"Sa kanila naman, it's championship or nothing. That will increase what they take home. Kung wala kang championship, mababa ang income mo," said Non, pointing out that bonuses - from won-game incentives to championship giveaways - are not covered by the salary cap and depends largely on the generosity of team owners.