TERRENCE Romeo was in uniform but didn’t play for San Miguel in its blowout win over Terrafirma on Wednesday night in the PBA Commissioner’s Cup.

Romeo was already eligible to see action after being elevated to the active roster following his recovery from a back injury, raising hope among fans who wanted to see him on the court for the first time in eight months.

SMB assistant coach Jorge Gallent said he had wanted to field Romeo in the game, but the 30-year-old eventually felt that it wasn’t time yet to get back on the court.

San Miguel’s next game will be on Saturday, an important clash against TNT with playoff spots on the line.

Romeo’s appearance came on the same day June Mar Fajardo maraked his comeback for San Miguel after throat surgery with 20 points and nine rebounds in the Beermen’s 131-103 victory over the Dyip.

Romeo’s teammates though are looking forward to the return of the former Far Eastern University standout, whose last outing was during the Governors’ Cup last March when they were eliminated by Meralco. 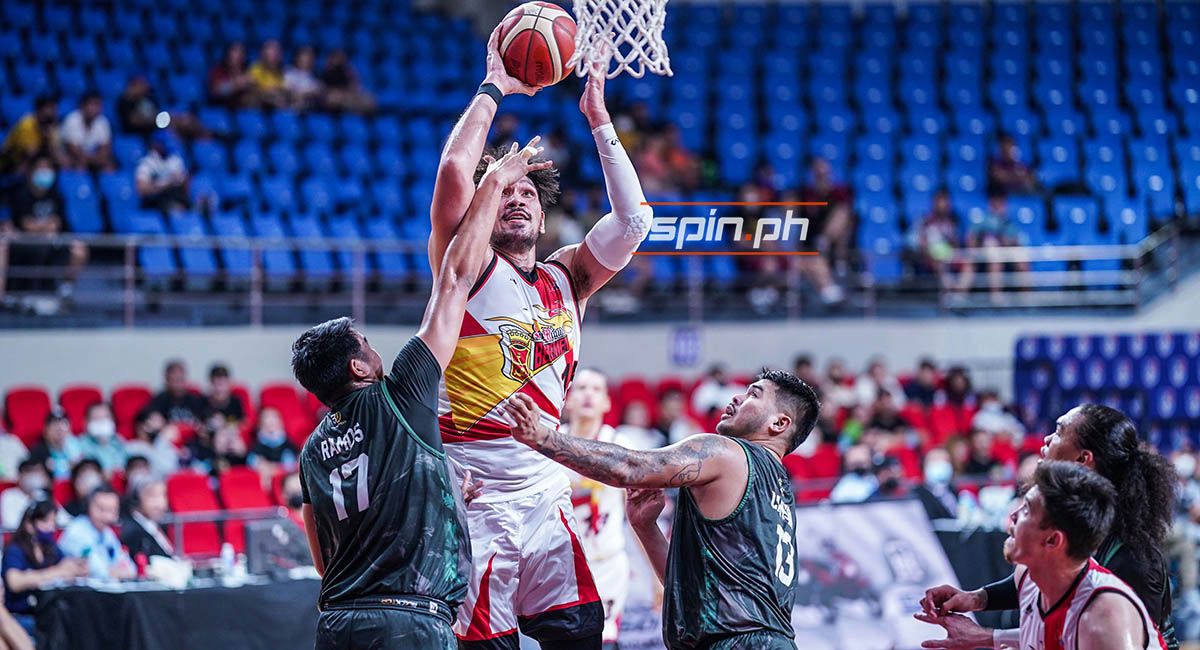 Cruz also isn't worried about playing time, trusting the coaches to spread the minutes once the team returns to full strength.

Gallent said Romeo will definitely be on minutes restrictions for his first few games before he can go full blast.

“Just like what June Mar did today. We just have to manage his minutes first. And then when he is really 100 percent, he will get his minutes back,” said Gallent.