AS expected, Christian Standhardinger emerged as the top overall pick in the PBA Rookie Draft at the Robinsons Place Manila on Sunday.

San Miguel Beer tabbed the 6-7 Fil-German with the No. 1 pick which they acquired in a controversial trade with league doormat Kia Picanto in exchange for some bench-warmers and a future first-round pick.

Standhardinger, however, can only play for the team midway through the 43rd season due to his commitment to ABL team Hong Kong Eastern Sports Club.

"Grateful to be picked by San Miguel. Hope we win a championship together," said Standhardinger.

But once he comes in, the Gilas Pilipinas mainstay is expected to combine with the 6-10 Fajardo to form one of the mosty formidable frontlines in the pro league. 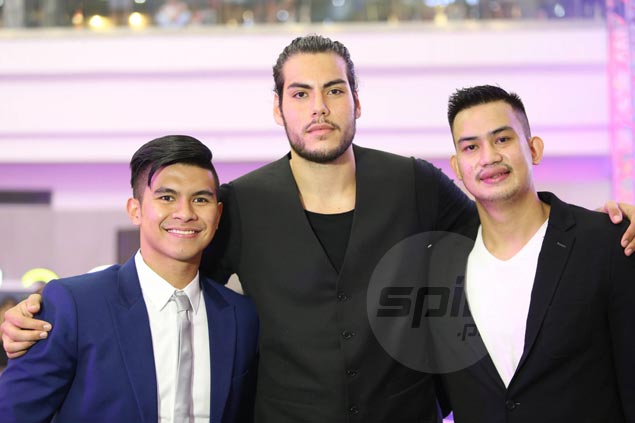 There were also no surprises in the succeeding picks as NLEX selected Kiefer Ravena with the second overall pick, adding a talented guard to its rebuilding lineup.

Blackwater and Phoenix went for size with the next two picks, both passing up on Jeron Teng.

The Elite grabbed former Far Eastern University star Raymar Jose with the No. 3 pick in the first round while Louie Alas got Jason Perkins at No. 4 overall in his first official act as Phoenix coach.

Teng, a two-time champion in the UAAP with La Salle, ended up with Alaska at No. 5. 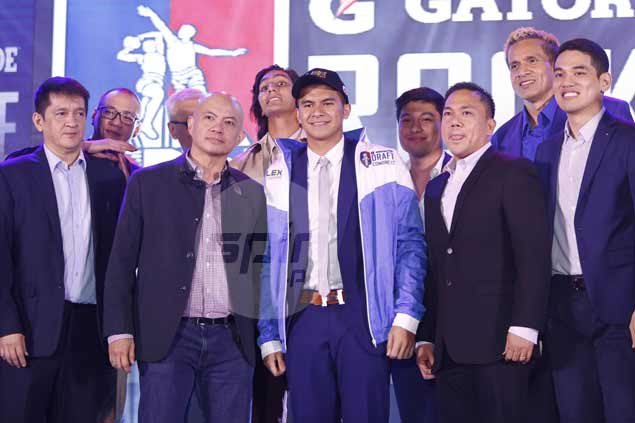 GlobalPort unveiled the first surprise of the first round when it went for unheralded Rob Herndon at No. 6 before Rain or Shine selected Letran star Rey Nambatac at No. 7, reuniting him with his former college coach Caloy Garcia.

Sydney Onwubere went to Phoenix at No. 8, Star got high-leaping former Arellano frontliner Lervin Flores at No. 9, while TNT Katropa took Cebuano guard Mark Tallo and UCBL standout Jon Gabriel with the 10th and 11th selections of the first round.

In all, 43 from the 44 hopefuls were picked by the PBA teams in a draft that went as deep as the fifth round.

Only Jeremiah Dela Peña, who showed up only on the first day of the Draft Combine, was not selected by any team.