WITH tempers flaring on Friday night, it was only a matter of time before things escalated between defending champion San Miguel and NLEX in their highly-physical encounter in the PBA Philippine Cup.

"It's a word he doesn't want to hear from any people," said Austria after the Beermen's 109-98 win against the Roar Warriors at the Astrodome.

"According to Chris, tinawag siyang nigger. I don't know but that's what he explained to me," added Austria.

"Nag flare up yung bata and I can't blame him."

Cooler heads managed to separate Guiao and Ross, although the San Miguel guard was called for a second technical foul and was ejected from the playing court.

ALSO READ
ALSO READ
Ross quickly left the venue without talking to media men about the incident.
The verbal altercation between Ross and Guiao was just one of the many skirmishes that marred the Beermen’s fourth straight win - and the Road Warriors’ third straight loss.
Curiously, Ross, the two-time Defensive Player of the Year by the PBA Press Corps, found himself involved in two other physical plays during the second half of a game that had a playoff atmosphere.
One saw him engage Alex Mallari in a stare down after he bumped the NLEX guard in transition despite a duty foul already called against teammate Marcio Lassiter. Both Ross and Mallari were given techncal fouls each. 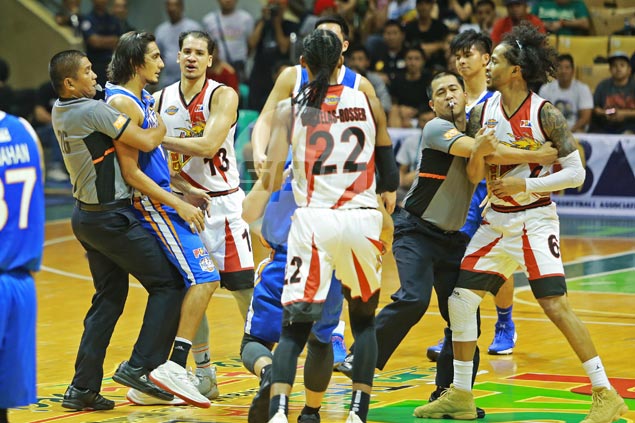 The other one was with sophomore Michael Miranda, who was pushed hard by Ross after setting a perfect pick for a driving Kiefer Ravena, causing the NLEX big man to fall on the court.
Miranda responded by kicking the San Miguel point guard in the groin while attempting to get up, earning a flagrant foul 2 and ejection from the game.
Rookie Kiefer Ravena wasn't spared either of his share of bump and grind, involving of all people, his former Ateneo teammate Von Pessumal.
The 24-year-old Ravena collided with Pessumal as he was going hard to the basket, sparking some nasty exchange of words from the two ex-Blue Eagles.
But Austria said he anticipated all of this things right from the beginning.
“Ini-expect ko yan kasi kahit ako, yung coach nung sa kabila talagang I will do everything to win,” he said. “But unfortunately for them, our team refused to lose.” 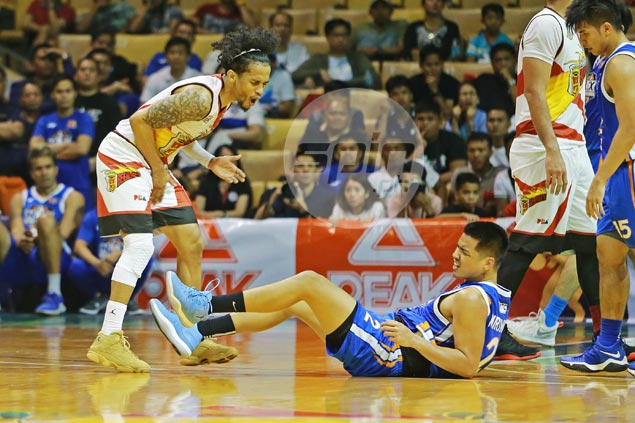