SISTA Super Sealers crowned themselves Leg 3 champions of the PBA 3x3 on Sunday, ending the dream run of guest team Pioneer Pro Tibay with a 20-13 victory in the finals at the Ynares Sports Arena in Pasig.

Kenneth Mocon showed the way with nine points and led the Super Sealers' breakaway in the title duel featuring two teams which failed to qualify for the playoffs of the maiden leg.

The win was worth P100,000 for Sista, which is the first team to rule a leg in the PBA 3x3 outside of the MVP Group after TNT and Meralco split the first two tournaments.

The Super Sealers trailed early on, 1-3, but finally got going when Mocon and RJ Argamino began hitting their shots.

Leo De Vera and Prince Rivero later joined the fray to steer Sista to a perfect record of 6-0 on the way to the championship.

Pioneer Pro Tibay however, may be bloodied but unbowed, reaching its first finals appearance just a week after forfeiting its first two games of the maiden leg for failing to secure a medical clearance from the Games and Amusement Board (GAB).

Gian Abrigo had six points to lead Pioneer, which took home the runner-up purse of P50,000.

In the battle for third, Terrafirma achieved its highest finish in the PBA halfcourt game with a 21-16 win over Purefoods TJ Titans. 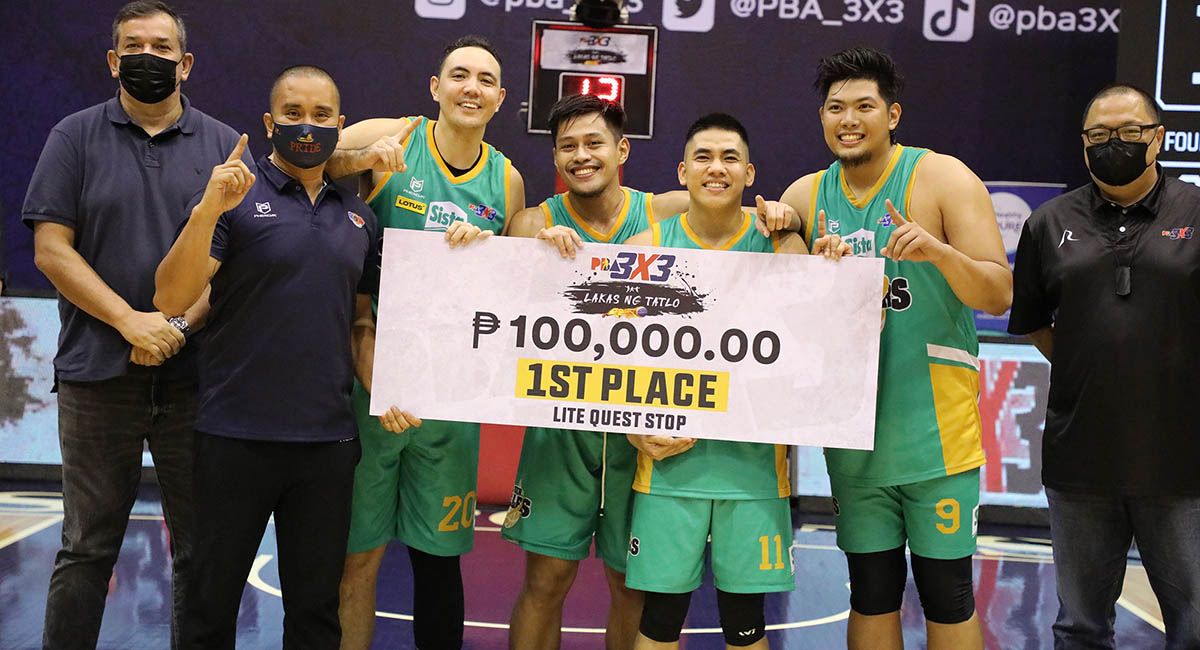 Denied of a finals berth by Pioneer, the Dyip poured it on against the Titans as Matt Salem led the team in scoring with 11 points.

Dhon Reverente finished with 6, Jed Bulawan 3, and Terrence Tumalip with 1 to help the Dyip bag the P30,000 prize purse, which the team will give to the family of injured captain Roider Cabrera to help defray his hospital expenses.