SHAWN Taggart flaunts a different weapon in his arsenal in his second tour of duty as a PBA import, this time for Rain or Shine in the upcoming Commissioner’s Cup.

Known for his inside game in his stint with GlobalPort in the last midseason tournament, the 6-foot-9 American slotman is set to show his outside-shooting touch that fits well with the Elasto Painters’ style of play.

“The nice thing about Shawn is mataas yung IQ niya, so it’s easy for him to adjust to the system and I think it fits him because he can shoot the three-point shot,” ROS coach Caloy Garcia said in a chat with SPIN.ph after practice on Monday.

Taggart, who turns 32 on March 26, explained that he was forced to stay down low for the Batang Pier with Terrence Romeo and Stanley Pringle having the lion’s share of outside shots.

“The biggest thing we needed was me playing inside,” Taggart said. “You had Stanley and Romeo there and they were going to take all the shots from the outside, so I just what I had to do for the team.

“I don’t try to overstep my bounds or anything,” he added. “I probably took two or three threes a game. I probably could’ve taken more, but that wasn’t what the team wanted me to do or what the team needed me to do.” 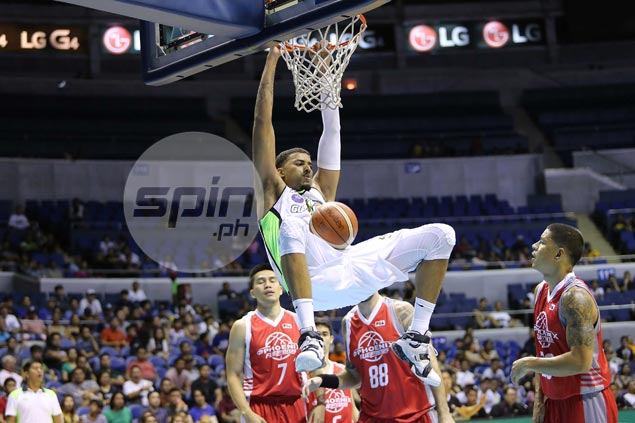 And that’s what Taggart wants to keep doing, this time for the E-Painters.

“Every player wants to have freedom, but at the end of the day, it’s all about winning,” Taggart, who could only lead the Batang Pier to a 1-4 win-loss record as their second import replacement, said. “And whatever the team needs me to do, that’s what I’m going to do because there are a lot of shooters here.”

“I fit in well because I’m not just a scorer; I don’t go out there and say, ‘I’m going to score thirty points every night,'” he added. “I take what the defense gives me and with this team, there are a lot of shooters in the team, so I feel like I can pass the ball and I can be a great teammate here.”

Garcia is counting on Taggart to get his teammates involved as the E-Painetrs begin their title-retention on bid on Friday against NLEX and former coach Yeng Guiao.