COLUMN: Shabazz Muhammad has potential to wow fans like Tony Harris did

CHICAGO -- Of all the imports in the upcoming PBA Reinforced Conference, Shabazz Muhammad of Meralco arguably has the fattest NBA credentials of them all.

A five-star high school recruit, he was named Mr. USA basketball as a senior and played one season with the UCLA Bruins, the legendary program that has produced NBA stars such as Kareem-Adbul-Jabbar, Bill Walton, Reggie Miller, Russell Westbrook, Kevin Love and Zach LaVine, to name a few.

Muhammad was drafted by the Utah Jazz as the No. 14 pick overall in the first round of the 2013 NBA draft, one spot ahead of some guy named Giannis Antetokounmpo.

He was then immediately traded for Trey Burke and Gorgui Dieng to Minnesota where he played all but 11 games of his five-year stint.

The Bishop Gorman high school alum, who was the Gatorade Player of the Year in the entire state of Nevada in 2011, appeared in 278 NBA games where he averaged 9 points and 2.8 rebounds an outing. 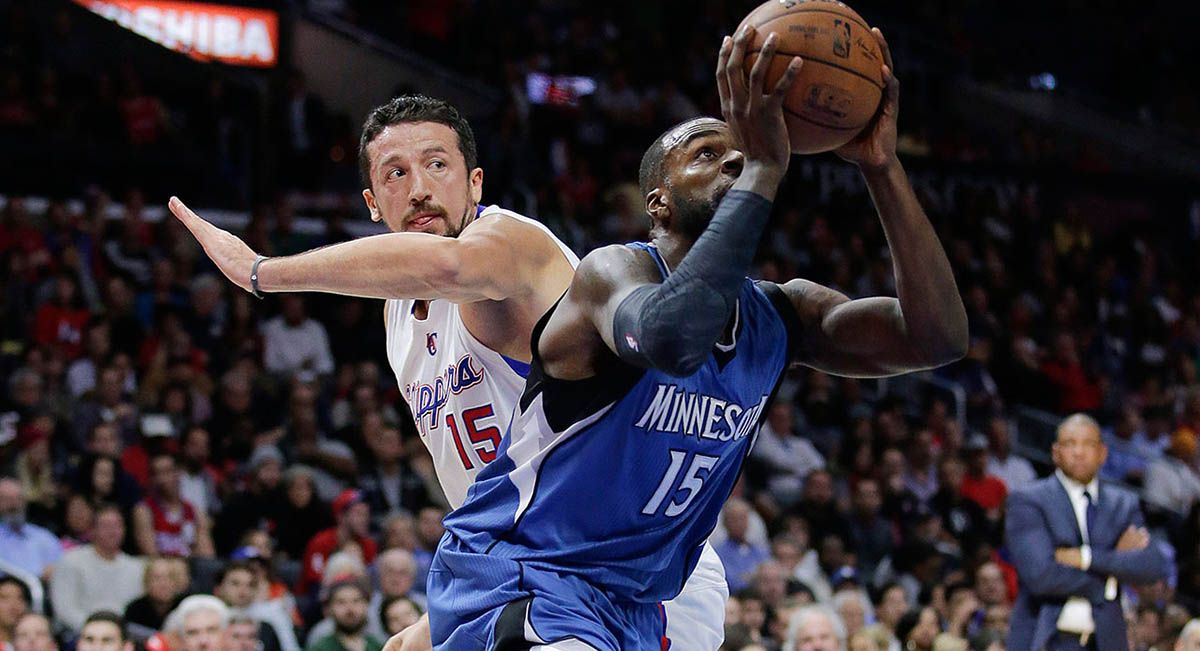 Unfortunately, his NBA career ended when the Milwaukee Bucks waived him last October 11, 2018.

The scouting report on Shabazz reveals a lack of interest in guarding anyone.

As shown by having just 151 assists in 278 outings (0.54 dimes per), he suffers the same affliction many scorers have; an allergy to passing the ball.

Which is not a good thing when you're chucking 3s at a rate of only 31.9 percent.

Take note, though, that this is the PBA where defense can also be an afterthought and imports are required to do most of the heavy-lifting only on offense while massive chunks of the dirty work on the paint can be relegated to the locals.

Shabazz is a dazzling serial scorer armed with the potential to be a crowd darling who can mesmerize the fans in the same breath that Wesley Matthews Sr. or even Tony "Hurricane" Harris did back in the day.

He once scored 30 in an NBA game and he dropped 60 points and 15 rebounds in the Shanxi Loongs Dragons' loss to the Ghuangsa Lions in the CBA.

While suiting up for the Shenzen Aviators, however, Muhammad tore his ACL right before the pandemic paralyzed the globe.

WILL HE BE THE SAME SCORER WHO LEFT A TRAIL OF BROKEN ANKLES WITH HIS EXPLOSIVENESS ON THE WAY TO THE HOOP?

He said Muhammad's reps sent them a video of Shabazz working out and there appeared to be enough stability in the injured knee for him to perform cuts, laterals and even dunks.

Muhammad is required to pass a physical when he arrives in the Philippines before his contract with the Bolts can be enforced. In the interim, Black is flying in an associate to check on Muhammad in Las Vegas.

Controversy trailed Muhammad like the scent of Armani during his younger years.

He lied about his age. He was investigated and suspended for three games by the NCAA for what it thought was the receiving of "impermissible gifts" while he was in high school. And he was kicked out of the NBA's rookie transition program when he brought a female guest to his hotel.

Presented with those facts, coach Black took the stand along the lines of what Vice Ganda might say.

He was only a kid, gullible and vulnerable, when those indiscretions took place. Shabazz will turn 29 in a few days, a mature and responsible adult who is trying to make a living 5,000 miles away from home.

I can only speak for myself, but I'm rooting for Shabazz to recreate his brand of basketball in the PBA and electrify the fan base.