Rosario glad to get measure of payback vs finals tormentor Ginebra

WHILE the job is certainly far from over, Troy Rosario somehow felt a sense of relief as TnT Tropang Giga somehow managed to get back at last year’s tormentor Barangay Ginebra.

With Rosario teaming up with four others, the Tropang Giga sent the Kings packing from the PBA bubble in Bacolor, Pampanga after scoring an 84-71 win Wednesday night to advance outright to the Philippine Cup semifinals.

Rosario finished with 15 points and was among the players to finish in double figures for the top-seeded team whose victory eliminated the reigning, defending champions in the opening round of the playoffs.

That somehow was a soothing feeling for the 29-year-old big man as TnT had its payback time against the same team that beat them for the all-Filipino championship last year in a similar bubble setup in Clark, Pampanga. 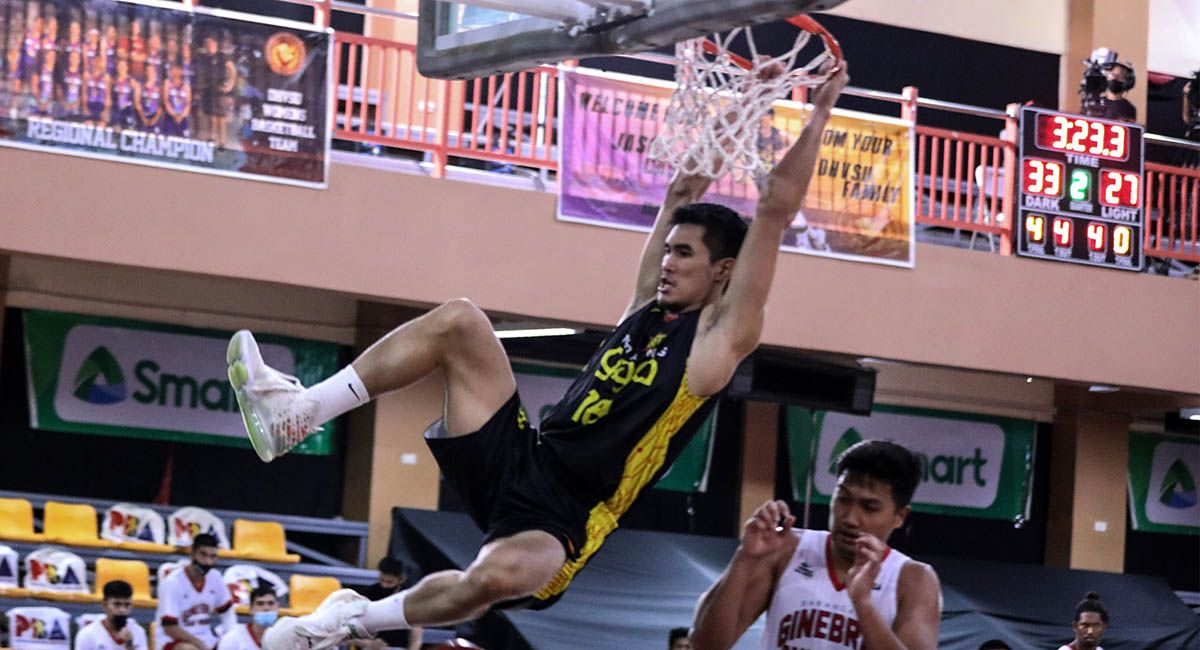 The Kings beat a shorthanded Tropang Giga last year in the finals, 4-1.

TnT went to the game at the Don Honorio Ventura State University gym with the mentality of an assassin despite owing a twice-to-beat edge as the no. 1 seeded squad against the eighth-seeded Kings.

“So nalagpasan namin yung challenge ngayon going to the next one.”

It took TnT a while before finally unleashing its full might in the second half against a Ginebra team that continue to miss the services of starters Scottie Thompson and Japeth Aguilar.

With the Tropang Giga now back in full force with the activation of previously injured Glenn Khobuntin and Kib Montalbo, they led the Kings by as many as 84-61 late in the game.

TnT will now await the winner of the San Miguel-NorthPort quarterfinals series as its opponent in the best-of-seven semis.