Here's No. 21 of our Jersey Story Series:

WHILE most boys wear jersey numbers to mark anniversaries or birthdays, Meralco rookie Jonathan Grey dons No. 14 because of the most important woman in his life.

The former College of St. Benilde star, who immediately won the hearts of female fans in the PBA not only because of his skills but also because of his good looks, wore No. 6 for most of his early years but had to give way to Blazers star Carlo Lastimosa when he joined CSB in 2011.

Picking a new jersey number was a no brainer for the high-scoring guard. 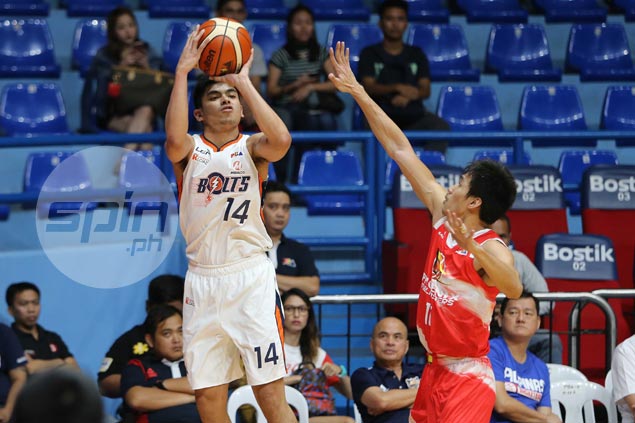 That's his way of showing Mommy Lina, 65, how proud he is to be a mama's boy.

But the doting mother to two boys and two girls hardly watches Grey play live since she gets a little overexcited during her son's games.