THE PBA is on an emergency mode in its search for the next commissioner, so much so that it made the selection process a lot simpler this time.

Members of the league board said a committee will be formed and tasked to list down probable candidates to succeed Chito Narvasa as the 10th league commissioner once the latter formally steps down from his post at the end of the year.

The process will be less complicated compared to that in 2015 when the board tapped the services of head-hunter Global Executive Solutions to identify and recommend various personalities it deemed fit as league commissioner.

Willie Marcial, the longtime external affairs and communications officer of the PBA, has been appointed officer in charge to take over upon Narvasa's departure.

However, Marcial, sources said, requested that he will step in as the league's caretaker for only a month.

"'Yun ang initial na usapan. Gusto niya 30 days lang. He'll be in charge of the day-to-day operations of the PBA," said a league board member who refused to be identified, but added that new chairman Ricky Vargas will take a more active role in PBA matters.

The board member also said a three-man committee, which will also include Marcial, will be formed to help the OIC tackle sensitive matters such as players' trade and others. 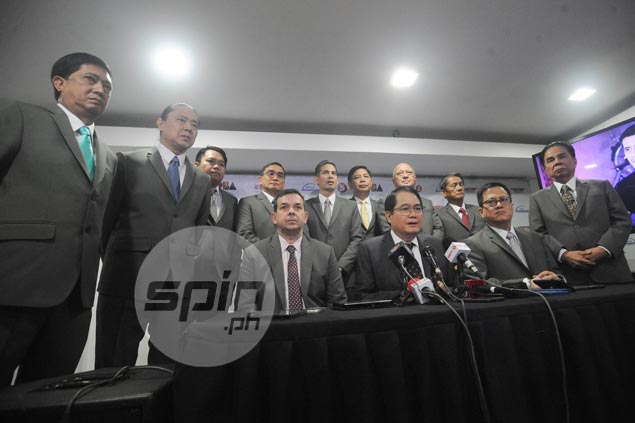 So far, the board has yet to draw a list of possible candidates to replace Narvasa, who, just before the 43rd season kicked off Sunday, tendered his resignation effective that same day during a hastily-called special board meeting at the Smart Araneta Coliseum.

The board however, passed a resolution requesting Narvasa to stay on until Dec. 31.