Seven years after Powerade dream run, Sean Anthony has another shot at history

The do-it-all forward played a hell of a game in helping eight-seed NorthPort clinch the last semifinal berth in the PBA Governors Cup by ousting No. 1 ranked NLEX, 126-123, in a lung-busting triple overtime game on Wednesday night.

Anthony finished with 30 points and grabbed 11 rebounds. He scored 12 in the three overtime periods alone, including a one-hander layup with 12 seconds to go that put the Batang Pier on top for good. 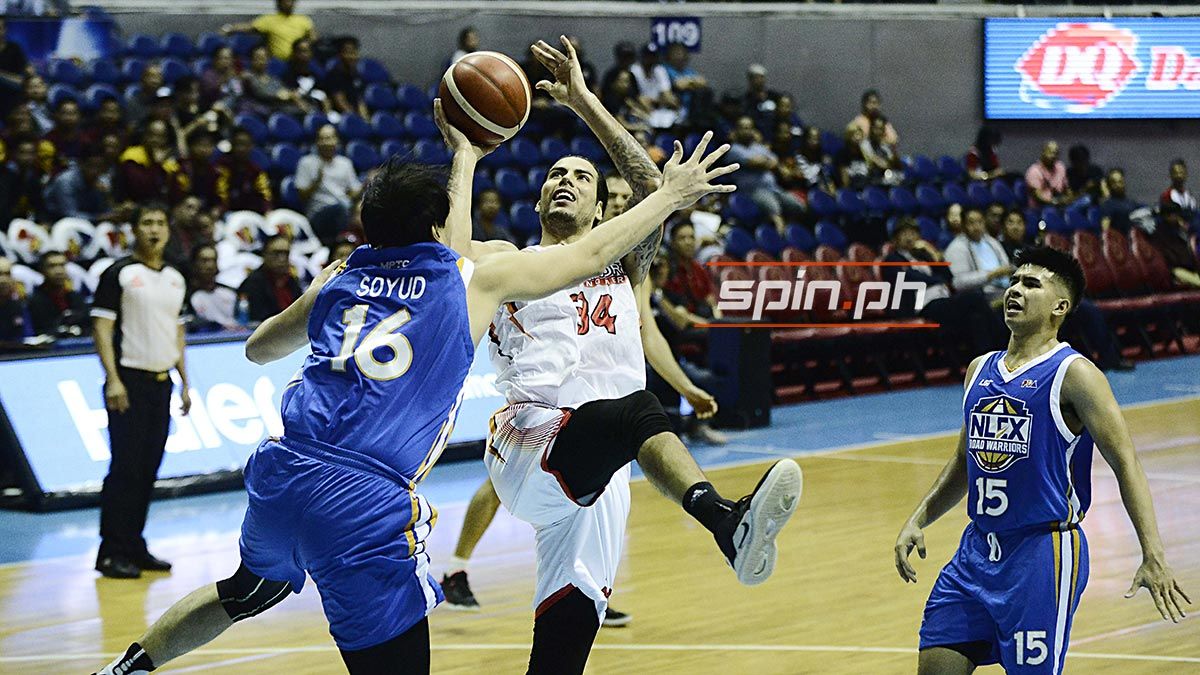 The dramatic win was reminiscent of the same feat pulled off by Powerade when it stunned heavily favored B-Meg in the quarterfinals of the 2012 Philippine Cup of which Anthony was also a key player.

“Two different experiences,” he said when asked about comparing what both teams accomplished seven years apart.

While having great role players and guys stepping up when it mattered most are the similarities NorthPort and Powerade had, Anthony said the Batang Pier still have a long way to go before equating what his former team did.

After its upset of B-Meg, Powerade went on to beat Rain or Shine in the semifinals before eventually bowing to Talk ‘N Text in the championship series.

At NorthPort, Anthony has a shot at making history and take care of unfinished business.

“We still have a lot of unfinished business to do and I hope we do what we couldn’t finish with Powerade and go all the way,” said Anthony, who played for 47 minutes.

It’s going to be tough as the Batang Pier will be up against a Barangay Ginebra side which has the depth and size that NorthPort can only wish for.

“We got to go back to the drawing board because Ginebra is a hell of a team, too, so we got to be ready,” said Anthony.

The Batang Pier will have a two-week break as the league gives way to the country’s hosting of the 30th Southeast Asian Games.

Their best-of-five semis series with the Kings won’t start until Dec. 14 at the Smart Araneta Coliseum.