AFTER a long while, Calvin Abueva is playing one of the best basketball of his PBA career.

And it helped he’s been reunited and playing together again with someone who’s been a positive vibe for him from way back.

Ian Sangalang is again proving to be the perfect tandem for Abueva as the former college partner at San Sebastian are playing beautiful music right in their first season together with the Purefoods franchise.

The Batman to Robin partnership – or vice-versa - had been a winner from their time together with the Stags, where they won an NCAA championship, and later, with the NLEX Road Warriors, where they built the road to a dynastic reign in the PBA D-League.

Sangalang was the first person happy to see his bosom buddy and cabalen land and thrived at Magnolia following his off-season acquisition in a trade with Phoenix for guard Chris Banchero. 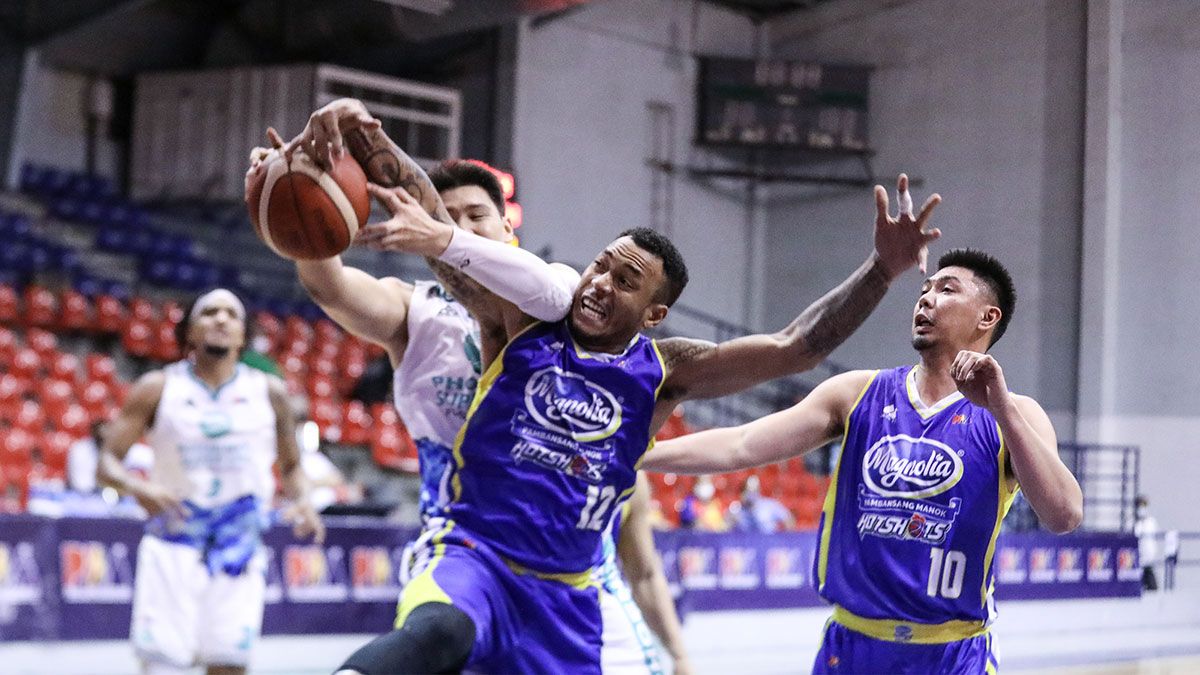 While the 33-year-old Abueva has won a PBA championship of his own and long been considered one of the top, albeit controversial stars in the league, the "Beast" also developed a reputation as a volatile player who eventually fell on tough times upon being suspended for more than a year due to a physical incident involving former TnT import Terrence Jones.

Abueva eventually began to pick up the pieces starting last season when he was reinstated back and resumed playing for Phoenix. But he did find a perfect time to really start all over again when Magnolia acquired him this year.

Sangalang the ice to Abueva's fire

Although Sangalang, 29, had seen a marked improvement with Abueva’s behavior, he still check up on him from time to time, just to make sure he always remains focused on the task at hand, and not explode like a ticking time bomb that has been the impression on him ever since.

A former NCAA MVP like Abueva, Sangalang stressed his bond with Abueva goes beyond basketball, and often than not, serves as a shock absorber of the once wayward player.

But inside the court, Abueva is simply a monster, according to Sangalang.

Abueva is playing so well with the Hotshots, he has led the race in the Best Player of the Conference award from the onset heading to the finals with a Players’ Statistical Points total of 34.2, built behind an all-around game of 15.2 points, 10 rebounds, 2.8 assists, 1.0 steals, and 1.1 block shots.

The first and only time he bagged the BPC Award came in the 2016 Commissioner’s Cup while he was still with Alaska.

Abueva’s fine play appeared to have rubbed off on Sangalang as well, as the 6-foot-7 center from Lubao, is making a late case for the honor by landing at no. 3 with a 33.0 SPs total, while averaging 16.7 points, 8.8 rebounds, and 1.4 assists.

But for Sangalang, what Abueva brings to the table are huge for the Hotshots, reminding him of one former Magnolia teammate who similarly plays with the same heart and passion as his college teammate and friend does.