SAN Miguel seeks to claim the 2019 PBA Commissioner’s Cup crown in Game Six against TNT on Friday night at the Smart-Araneta Coliseum.

Holding a 3-2 lead, the Beermen look to close out the best-of-seven finals series against the KaTropa in the match set at 7 p.m.

San Miguel put itself on the cusp of the Commissioner’s Cup crown after an impressive 99-94 win over TNT in Game Five last Wednesday. The Beermen won in style, overcoming a 16-point deficit to pick up the dramatic win.

Chris McCullough had 35 points and 22 rebounds for the Beermen as he also converted the crucial baskets in the end game to seal the win.

McCullough is guaranteeing that the Beermen will win Game Six.

“We are going to win this s*it,” said McCullough during the postgame interview in Game Five.

“It’s a lot of hard work to do because we know that this is the first time that Talk ‘N Text lost in a back-to-back. I'm sure na they will bounce back hard in the next game or else, they will lose the title,” said Austria.

“Their backs are against the wall and we know they will do anything just to even the series. But in our case, we have a chance and we will not let this slip away if we have the opportunity,” said Austria. 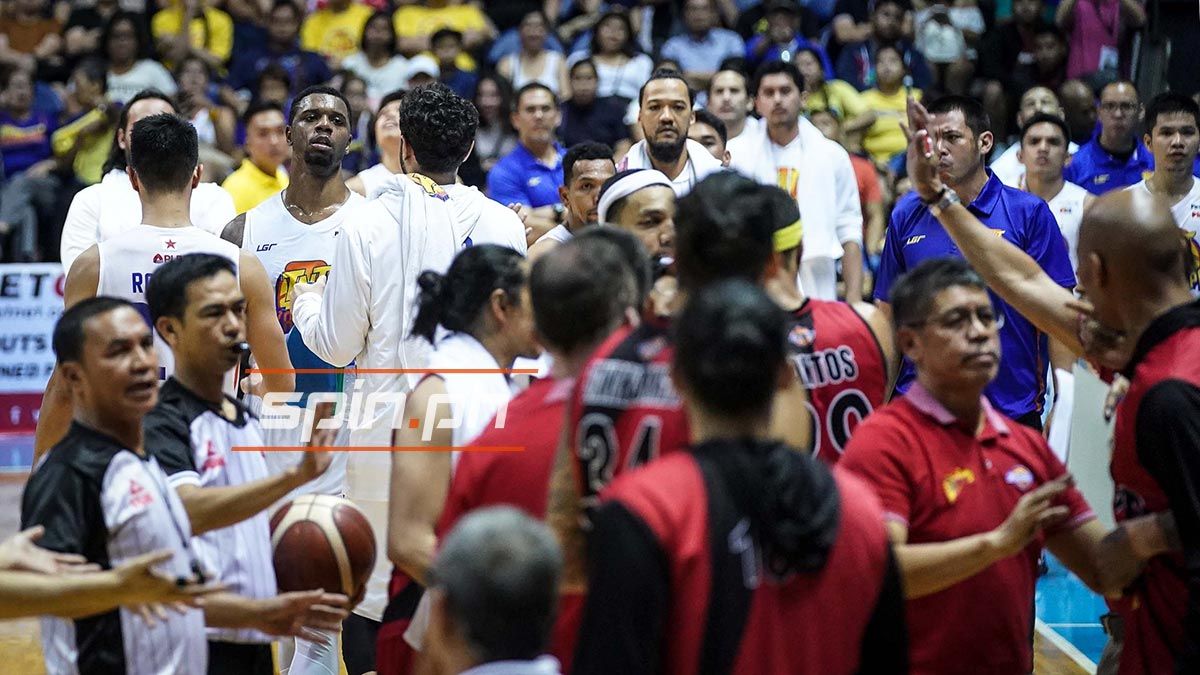 It will be interesting though how the Beermen will respond to the controversy they were embroiled in the past days after Arwind Santos was caught doing a monkey gesture in the second quarter of Game Five.

On Thursday, Santos was fined P200,000 by PBA commissioner Willie Marcial, and will be required to undergo 100 hours of community service.

TNT, meanwhile, is looking to force a rubber match in Game Six, hoping that things will go right for the KaTropa this time.