BARELY surviving the defending PBA Governors Cup champion, San Miguel Beer braces for another tough act against a team seeking for a big time bounce back.

The Beermen stake their perfect record opposite Barangay Ginebra in a battle pitting two top title contenders at the Smart Araneta Coliseum.

Game time is set at 6:45 p.m., some 48 hours after San Miguel escaped past reigning champion Magnolia, 90-89, in which the Hotshots lost key players Paul Lee and Romeo Travis to injuries in the final four minutes of a tight contest.

That win kept the Beermen’s hold of solo second in the standings with a 4-0 (win-loss) slate.

But coach Leo Austria expects Barangay Ginebra to come out with fire in their eyes after coming off a 113-111 heartbreaker against NLEX last week in an overtime thriller in Dubai where the Kings failed to protect a commanding 28-point second half lead.

“I’m sure coming off a loss yung Ginebra and with a lot of time to prepare, I think five days prior to (Sunday’s) game, we expect there’s a lot of energy from them,” said Austria.

“As I’ve said before, Ginebra is always a contender.” 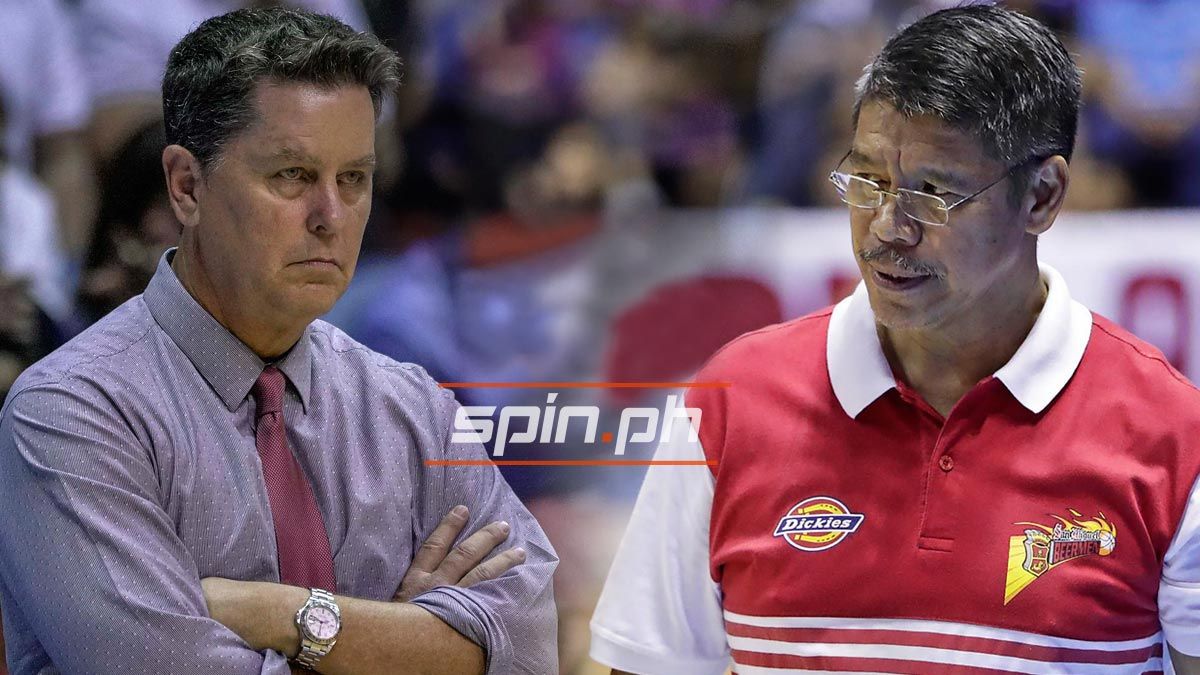 The sorry setback was the second straight for the Kings, who currently occupy the eighth spot with a 1-2 record.

Coach Tim Cone said Ginebra’s meltdown was on him, especially after failing to pace import Justin Brownlee, who was bothered by cramps late in the game against the fighting Road Warriors.

“I mismanaged the game in terms of overplaying Justin. I didn’t expect him to get the cramps. I should have known with all the dry weather there, that dehydration would be a problem,” said Cone of his mistakes.

Nonetheless, Brownlee, the former league Best Import, was still good to finish with a triple-double of 42 points, 20 rebounds, and 10 assists.

With exactly a week to lick their wounds, Cone believes the Kings will come out a better team against the unbeaten Beermen.

“I’m not gonna sweat too much over it. It’s over and done with,” said the winningest coach in PBA history. “We’ll move forward, our players had moved forward, and we’ll get ready Sunday against San Miguel.

The first game preceding the San Miguel-Barangay Ginebra match will feature two teams trying to arrest their current skids in the season-ending conference.

Winless Alaska (0-5) and Rain or Shine (1-4) play each other at 4:30 p.m., with both teams looking to turn their fortunes around heading to the final half of the eliminations.

It has been a week since the Aces pushed the defending champion Hotshots to the limit before losing, 95-90, while the Elasto Painters lost a heartbreaker against Phoenix Fuel Masters, 86-84, made possible by RR Garcia’s short stab at the buzzer.