SAN Miguel was proven correct in its decision to change its import for the third time as Shabazz Muhammad lit up against Meralco on Saturday.

The NBA veteran caught fire in the second half with 45 of his 57 points to power the Beermen to a come-from-behind 115-110 victory over the Bolts to get themselves in contention for a twice-to-beat quarterfinal advantage.

It was only Muhammad’s third game with San Miguel after replacing Orlando Johnson, who was playing very well in his three apperances with the squad.

“I think we didn’t make a mistake in changing [Johnson for] him,” said San Miguel coach Leo Austria, referring to Muhammad. “He led us in this game.” 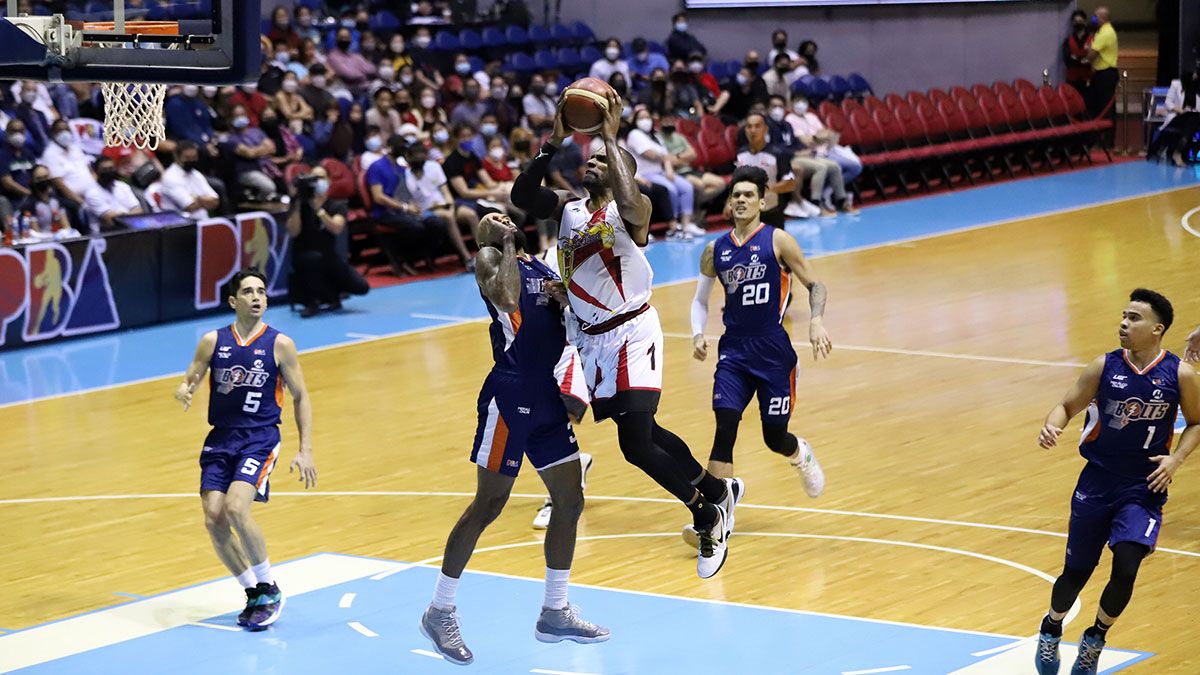 When asked how San Miguel was able to obtain Muhammad, Austria said he inquired from an agent on imports who are available after the team felt Johnson might not be the player that will lead them late in the conference.

“There was a suggestion that we need somebody who could give us a win like this,” said Austria, referring to the Meralco game. “It happened na when I’m looking for an import, I asked the agent who is available and he [Muhammad] is available.”

“I told him [agent] na if he can play with us, let me know. After a few hours, sinabi niya na okay siya. I asked management and I told them that this guy is available. They decided and worked it out.”

Austria said Muhammad had already made his intentions known the past few days that he wants to win a championship for the Beermen this conference.

“I can see from his eyes in our last game. He said that I’m here to win a championship. That’s something na ipapakita pa. But what I saw from him is he really wants to win,” said Austria.

“They know the importance of this game. And this is the only way to get into the next round,” he added.

Muhammad showed his NBA pedigree as the 14th pick in the 2013 draft caught fire with five three-pointers. He even grabbed 19 boards in the win that saw San Miguel come back from 26 points down.

Austria said SMB turned to Muhammad after the other players showed sign of hesitancy to take shots after being fazed with a huge deficit.

“I think it’s not a surprise for anybody because what he did tonight, in the other league ginagawa na niya ‘yan. But as early as now, lumabas agad ito. We are happy for him,” said Muhammad.