SAN Miguel Beer new boy Ryan Arana said he won't be holding anything back when he meets his former Rain or Shine teammates on the court in the coming PBA season.

Arana said nothing will change except the uniform he will be wearing, a day after parting with his long-time team in a three-team trade that saw Barako get former SMB first-round pick Ronald Pascual and Rain or Shine acquire a 2016 second-round pick from Barako.

[See Arana ends up at SMB in three-team deal; Barako gets Ronal Pascual]

Arana, Rain or Shine's pick at No. 12 overall in the 2007 rookie draft, said in all his years in the pro league he has never changed his style of play which he said he patterned after his dad's favorite player, Robert Jaworski.

Arana is elated to finally wear the San Miguel jersey, saying his dad has always shared to him the glamor of the multi-titled franchise back when he was growing up in Pag-Asa, Quezon City. 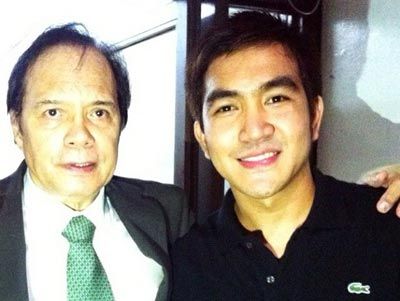 However, Arana didn't hide the fact that his favorite team growing up was Ginebra.

Arana is expected to provide the needed hustle and physicality to San Miguel's defense while playing the role of slasher who could open up spaces for June Mar Fajardo and the Beermen's lethal shooters.

At the same time, Arana insisted he harbors no ill feelings toward Rain or Shine or his former mentor, Guiao, even if his playing time dipped significantly over the last two seasons before he was traded last Wednesday.