SAN Miguel leaned on the hot shooting of Marcio Lassiter and Simon Enciso in the first half to beat TNT, 114-96, on Friday at the Smart-Araneta Coliseum and arrange a sudden-death match for the 2022 PBA Philippine Cup championship.

Lassiter exploded for 22 points, Enciso added a conference-best 20 markers and the duo combined for 12-of-18 shooting from the outside, setting the stage for a deciding Game Seven to be played on Sunday at the Smart Araneta Coliseum.

[READ: Castro wouldn't want to miss out on Game Seven]

San Miguel also stood strong in the second half to weather the storm, regaining the sizeable lead it built in the first half after TNT came to within single digit in the third quarter.

The Tropang GIGA sorely missed star guard Jayson Castro, who dressed but didn't play in Game 6 after he sprained his ankle the previous game. Bench player Glenn Khobuntin was also ruled out of the finals due to an MCL injury. 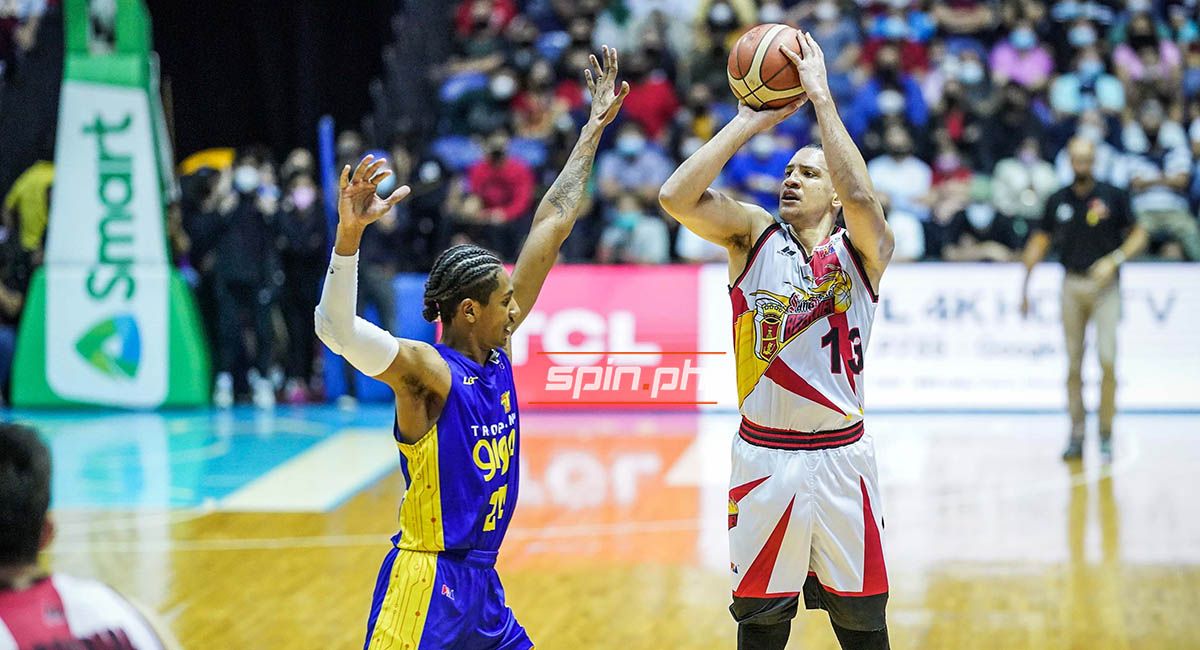 San Miguel was just too much early in the game, with Enciso and Lassiter hitting a combined nine threes in the first half that got the Beermen ahead by as high as 26 points before settling for a 63-50 lead at the turn.

TNT came within nine, 71-62, but SMB regrouped and ended the third quarter with a 10-0 run capped by a buzzer-beating three by Jericho Cruz for a 92-68 advantage on their way to a 3-3 deadlock in the best-of-seven finals series.

Aside from Lassiter and Enciso, CJ Perez also helped set the tone for San Miguel early in the game to finish with 20 points.

Roger Pogoy erupted for 31 points, but his efforts proved futile with Mikey Williams limited to a conference-low two points on 1-of-13 shooting from the field.

San Miguel didn’t need much of June Mar Fajardo in the game. He finished with 10 points and 12 rebounds, but only had two points in the first half.

“That’s what I was waiting for, for everybody to click. Marcio is shooting well, plus Enciso, and no need for June Mar,” said San Miguel coach Leo Austria.

Mo Tautuaa had 15 points and eight rebounds, while Cruz had 11 points in the victory by San Miguel.