ANTIPOLO – San Miguel survived a late rally by Magnolia to pull off an 87-81 win on Friday and stay unbeaten in the PBA Season 47 Philippine Cup at the Ynares Center.

The Beermen turned to Mo Tautuaa and June Mar Fajardo in the fourth quarter to turn back a determined Hotshots side and post their third straight win.

SMB also had to overcome injuries to Vic Manuel and Chris Ross, who sustained a right knee injury late in the second period.

[See Chris Ross hoping for the best, bracing for worst]

Manuel suffered a calf injury during San Miguel practice that he appeared to aggravate in the first quarter. He never returned.

“We were able to survive against a very cohesive, energetic team. I’m so happy that even though June Mar didn’t play well in the first half because they had a good game plan against him, in the end, we shot important baskets,” said San Miguel coach Leo Austria. 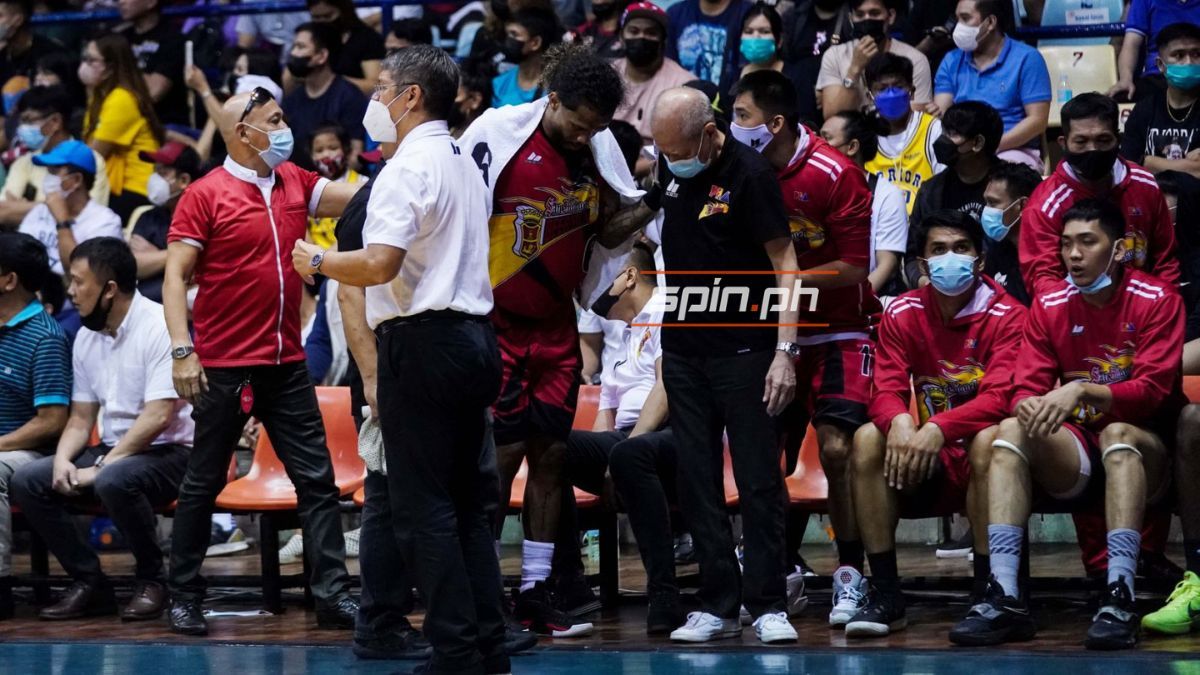 Magnolia was far from finished, however, as they launched a late comeback behind Mark Barroca, whose jumper with 54 seconds left cut the deficit to two points.

San Miguel kept its composure as Jericho Cruz and Fajardo each made a free throw to take the Beermen to the finish line.

Barroca topscored with 25 points for the Hotshots, who fell to 1-3 as top scorer Paul Lee sat out to left a back injury heal.