GILAS Pilipinas leaned on a late fourth-quarter run to turn back the Adelaide 36ers, 92-83, in the first of their two-game friendlies on Friday night at the Meralco gym.

Roger Pogoy presided over a 10-0 blast by the Filipinos inside the final four minutes, including two three-pointers that allowed Gilas to recover its bearing.

The run erased an 80-81 deficit and gave the national team a 90-81 lead with 1:53 to go in the final phase of its preparation for the Fiba World Cup in China. 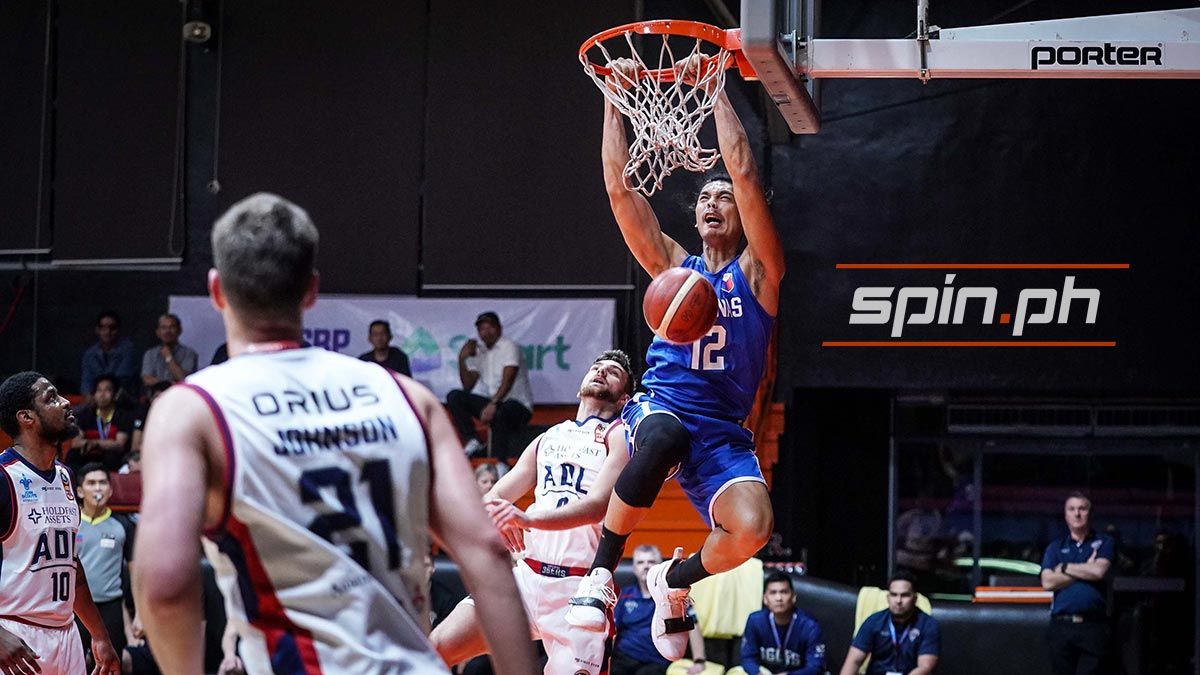 Andray Blatche led Gilas with a near triple-double of 19 points, 18 rebounds, and nine assists, while Japeth Aguilar added 17 points and CJ Perez chipped in 12.

Pogoy finished with 10 points, including eight in the fourth period where he and Perez presided over the game's most crucial run.

"The 36ers gave us a really good game. I felt it was exactly what we needed. Yun yung kailangan talaga natin, rugged, physical, playing against bigger guys, playing against bigs who can run the floor, who are quick. Doon tayo nagkakaproblema e," said coach Yeng Guiao after the supposed closed-door match that was played instead before a big weekend crowd.

"This gave us a glimpse of what we will face (in the World Cup)."

Ramon Moore led the visitors with 16 points, while Harry Froling added 11, all in the second half.

The two sides will meet again on Sunday at the conclusion of the two tune-up games.