RR Garcia has nothing but gratitude for SMB, excitement over Racela reunion at TNT

RR Garcia was just recently given the green light to return to action after a nagging shoulder injury kept him on the sidelines since the start of the PBA Commissioner's Cup.

Little did he know that he will be playing not for San Miguel but against the Beermen in his comeback game on May 5, after the trade that sent him to TNT Katropa in exchange for Matt Ganuelas Rosser.

For Garcia, such is the life of a PBA player.

The former UAAP MVP out of Far Eastern University insisted that he has no ill feelings towards his former team, where he won his first PBA championship in the last Philippine Cup.

But he nonetheless vowed to be ready for the game against the Beermen.

Despite averaging 10 points a game since being taken by GlobalPort with the sixth pick overall in the 2013 rookie draft, Garcia has surprisingly bounced around from one team to another in his four years as a pro.

TNT is already his sixth team in the PBA after stints with GlobalPort, Barako Bull, Phoenix, Star and San Miguel. 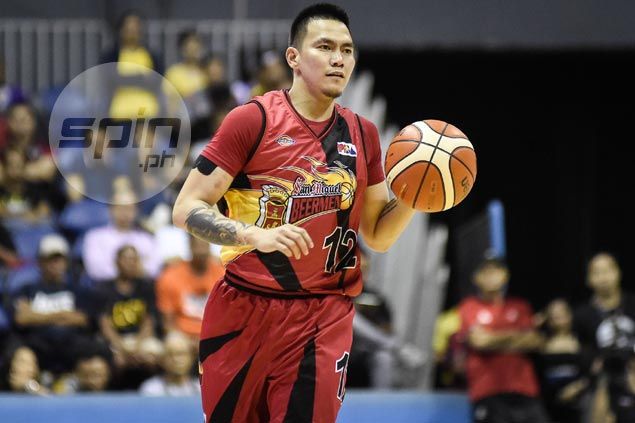 This, however, hardly discourages Garcia, who said he understands trades are a part of his life as a professional basketball player.

But he still hopes that TNT will be the team that he can call home as he reunites with his college coach Nash Racela, alongside fellow former Tamaraws RR Pogoy and Al Francis Tamsi.