ALDRECH Ramos conspired with Alex Cabagnot in the endgame as Terrafirma picked up its first win after stunning Rain or Shine, 112-106, on Saturday in the 2021 PBA Governors’ Cup at the Ynares Sports Arena in Pasig City.

Ramos scored a go-ahead triple and a short stab, all on passes by Cabagnot to bring the Dyip to a 108-104 lead. Cabagnot also dished to Antonio Hester for the insurance basket and a six-point lead on their way to the win.

Ramos also came through in regulation, converting a huge triple with seven seconds left to send the game into overtime, giving Terrafirma a chance to win the contest.

Hester had 40 points and 11 rebounds, while Cabagnot had 15 points and 11 assists in his first win since San Miguel traded him to Terrafirma during the offseason. 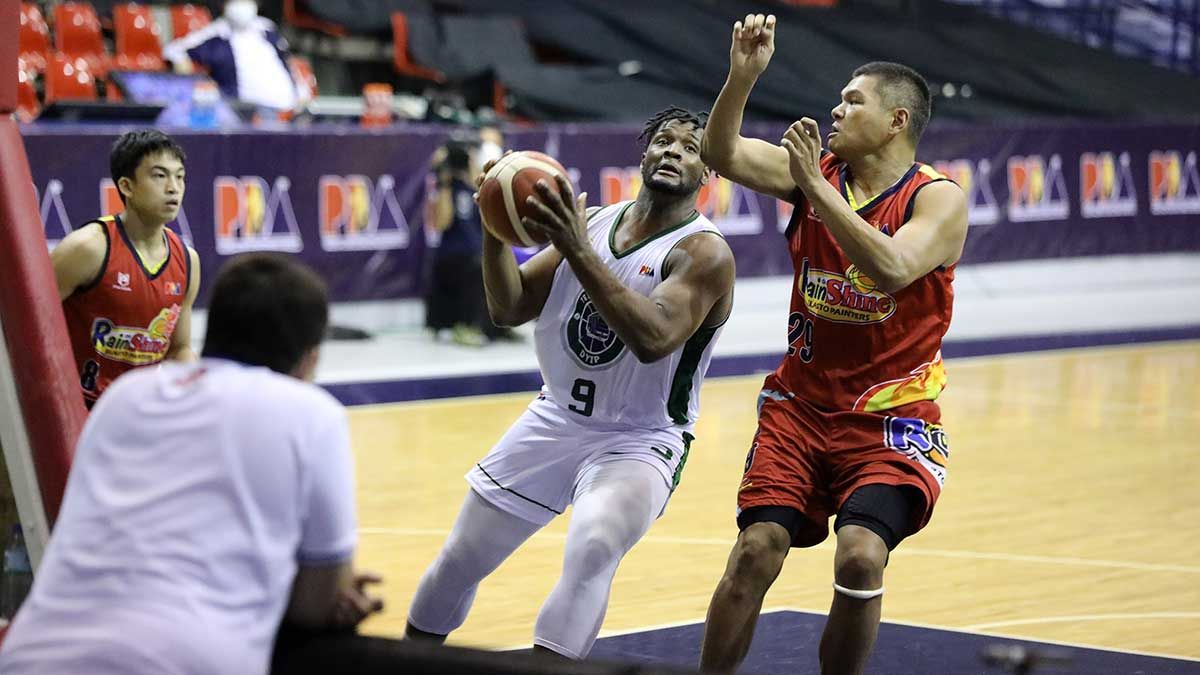 “I think that changed the complexion of the game especially when we were headed into another five minutes,” said Nazario.

Terrafirma trailed by as many as 10 points, and played catch-up for most of the second half until Cabagnot tied the game at 95 with a triple with 57.5 seconds left. Javee Mocon got Rain or Shine back the lead but Beau Belga failed to put the game away with a split from the foul line.

Ramos converted a triple after Henry Walker blocked a three-pointer by Juami Tiongson to pump life back to Terrafirma.

Tiongson added 16 points while Ramos had 12 points and seven rebounds, with his only three-pointer of the game coming during the crucial match of the game.

Rey Nambatac and Henry Walker had 25 points apiece for Rain or Shine in the defeat.