REY Nambatac drilled a three-pointer with 2.3 seconds left to cap a late Rain or Shine comeback against Blackwater that led to an 83-80 victory in their PBA Commissioner's Cup quarterfinal series at the Mall of Asia Arena.

Nambatac took matters into his own hands in Rain or Shine's final play, losing Blackwater guard Roi Sumang with a pump fake before launching a three-point attempt from two steps wide of the three-point arc.

Blackwater rookie Rayray Parks never got a clear shot at a game-tying three-pointer while being hounded by Gabe Norwood, allowing Rain or Shine to complete a comeback from an 80-72 deficit in the final 1:32 minutes.

“I think it was just a lucky win,” said Rain or Shine head coach Caloy Garcia. “Kala ko talo na eh. After we hit that three, it gave us an opportunity to stay in the game. We hit the big shots.” 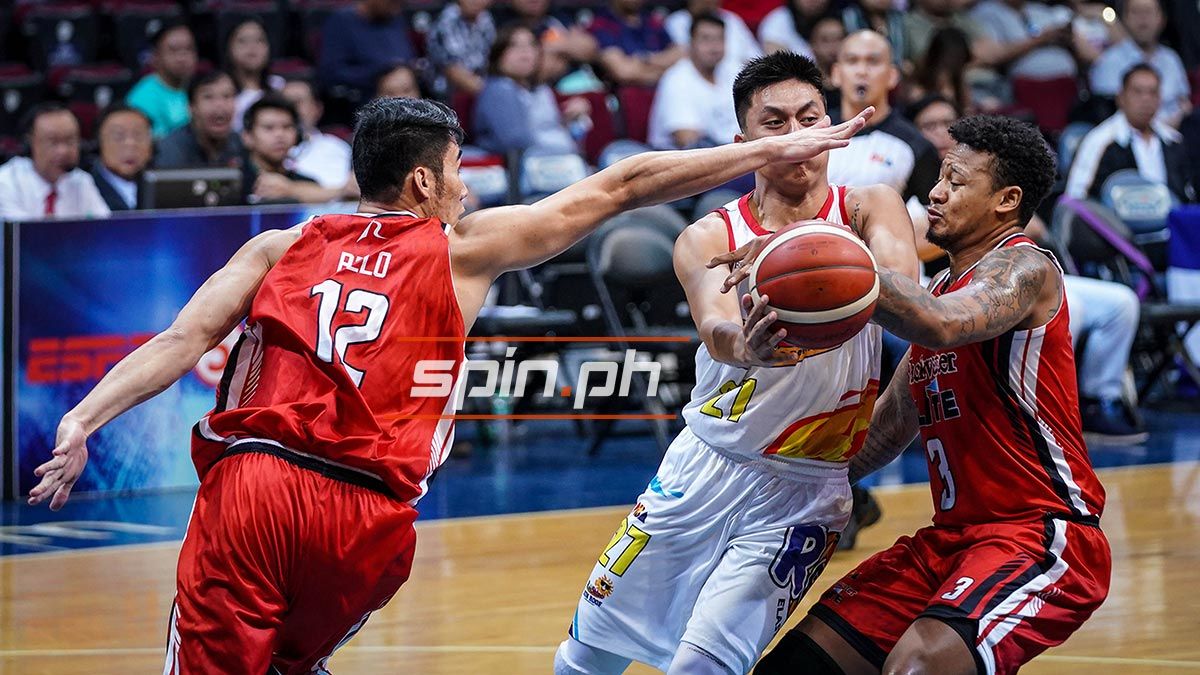 The sixth-seeded Elasto Painters can clinch a place in the semifinals in Game Two of the best-of-three series against No. 6 Blackwater on Tuesday at the Smart Araneta Coliseum.

Aside from the game-winner, the former Letran standout also made a key steal off Parks that led to a lay-up with 1:23 left that cut the deficit to three, 80-77.

Norwood tied the game with a triple from the right side with 38.6 seconds left before Nambatac put a fitting end to a closing 11-0 burst by the Elasto Painters.

Parks led the way with 20 points and six rebounds while Greg Smith had 16 points, 19 rebounds, and two steals for the third-seeded Elite, who need to win Game Two on Tuesday to stay alive.

With Parks, Mike Cortez, and Roi Sumang leading the way, the Elite scored 11 straight points to take a 76-67 lead. Parks hit another triple from the right wing with 1:32 left in the fourth for that 80-72 spread.