CHICAGO - I can only imagine what the mood must have been like inside the TNT locker room in the aftermath of a horribly excoriating Game 2 loss.

What the pitiful Tropang Giga just endured was the polar opposite of a rags-to-riches story.

They had a formidable 80-61 lead at the 1:43 mark of the third quarter and somehow managed to lose, 98-96, to a San Miguel Beer team that gallantly assumed the "Never Say Die" mantra of corporate sister Ginebra.

TNT gunner R.R. Pogoy had no answers why and how his team squandered such a gigantic opportunity to seize a stranglehold of their best-of-seven series, he only hopes the tragedy turns into a teaching moment.

"Dapat makat-on mi adto na bisag labaw na dapat dili mag relax labi nag San Miguel ang kalaban" (We should learn from this and not relax even when we are ahead, especially against San Miguel), said Pogoy, who finished with a team-high 21 points. 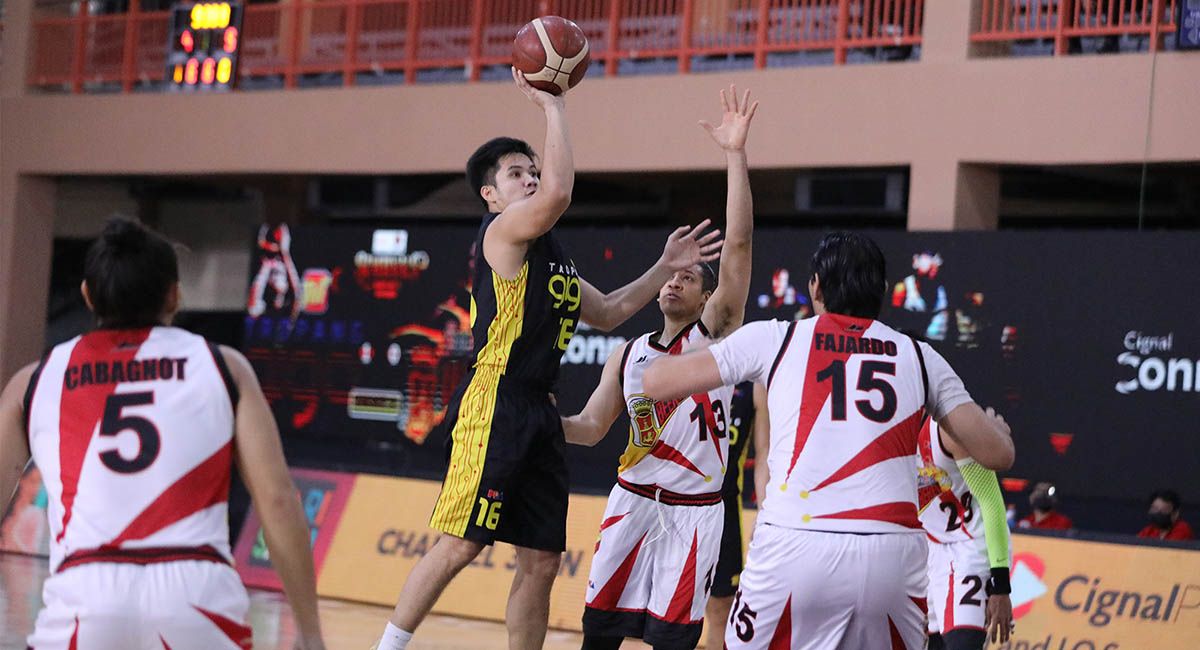 As awful as this wreck looked, I'm not surprised.

You see, before this heavyweight match-up began last weekend, I picked the brain of a former PBA head coach. And what he told me proved to be revealing.

"We used to laugh at the defensive rules of Chot Reyes-coached teams," he said. "Because there was none."

I thought he was kidding, until I saw for myself how the Tropang Giga surrendered a 37-16 run in the final 13:43 of play. And in those final six seconds, with overtime looming, TNT's defense gave San Miguel three bites at the apple before Marcio Lassiter banked the game winner.

We know the Tropang Giga can score, run the table when they're hot, but if this semifinal showdown is a referendum on whether or not they can stop the Beermen from scoring buckets when it matters, the answer is a resounding "No."

Game 2 was actually doubly-horrific for TNT, which labored through - again - the mysterious disappearance of a key starter.

IN THESE SEMIFINALS, THE ONLY SENSATION MIKEY WILLIAMS HAS BROUGHT IS ABJECT DISAPPOINTMENT.

After scoring a scant seven points in Game 1, Williams showed signs of life with 12 in Game 2. Thus far he's converted only 8-of-28 shots including 2-of-14 from downtown.

A 28.5 percent clip from the field and a sorry 14.2 percent accuracy from 3 isn't sharpshooting. That's just dull shooting. Am I wrong?

That sound you hear of water dripping is Williams pissing away the Best Player of the Conference award.

San Miguel Beer, meanwhile, looks rejuvenated following their 89-88 Game 1 heartbreaker. Instead of staring at the barrel of an 0-2 gun, they've pulled even with momentum on their side.

Terrence Romeo is a bad, bad boy who knows every tick of that TNT defensive playbook.

He came off the bench today and tormented his defenders with a breathtaking 26-point outburst that inspired San Miguel's rise from the grave.

And June Mar Fajardo continues to be as unstoppable as an electric drill, this time boring through TNT's resistance with 22 points while plucking 10 boards and dishing four dimes.

Fajardo missed a contested bunny with about 4.2 seconds to go but that sequence proved that he can get a shot around the rim whenever he wants.

So, yeah, feel free to hop unto this Beermen bandwagon.

When this battle was set, the suspicious minds feared that San Miguel would have a 8-to-5 manpower edge on the floor courtesy of some alleged officiating intervention from the refs.

As we've just seen in Game 2, TNT is doing a good job losing on its own.