Romeo, Tautuaa set for tests after going down with Game 7 injuries

TERRENCE Romeo and Mo Tautuaa will undergo further tests to know the extent of the injuries that kept them out of the second half of San Miguel’s do-or-die game against TnT Tropang Giga on Sunday in Bacolor, Pampanga.

The two Beermen are expected to see their doctors as soon as they arrive in Manila. The Beermen lost, 97-79, to the Tropang Giga in Game Seven of their PBA Philippine Cup semifinals.

“Ipapa-check up pa sila (sa Manila),” said San Miguel physical therapist Edward Bacason the day after the Beermen exit. SMB was looking to regain the championship it won five straight years from 2015 to 2019.

Tautuaa and Romeo went out one after the other late in the third quarter and San Miguel playing catch up, 49-61.

Neither was able to return to the game.

“Si Mo is patellar tendonitis,” said Bacason of Tautuaa’s knee injury that has bothered him this season. 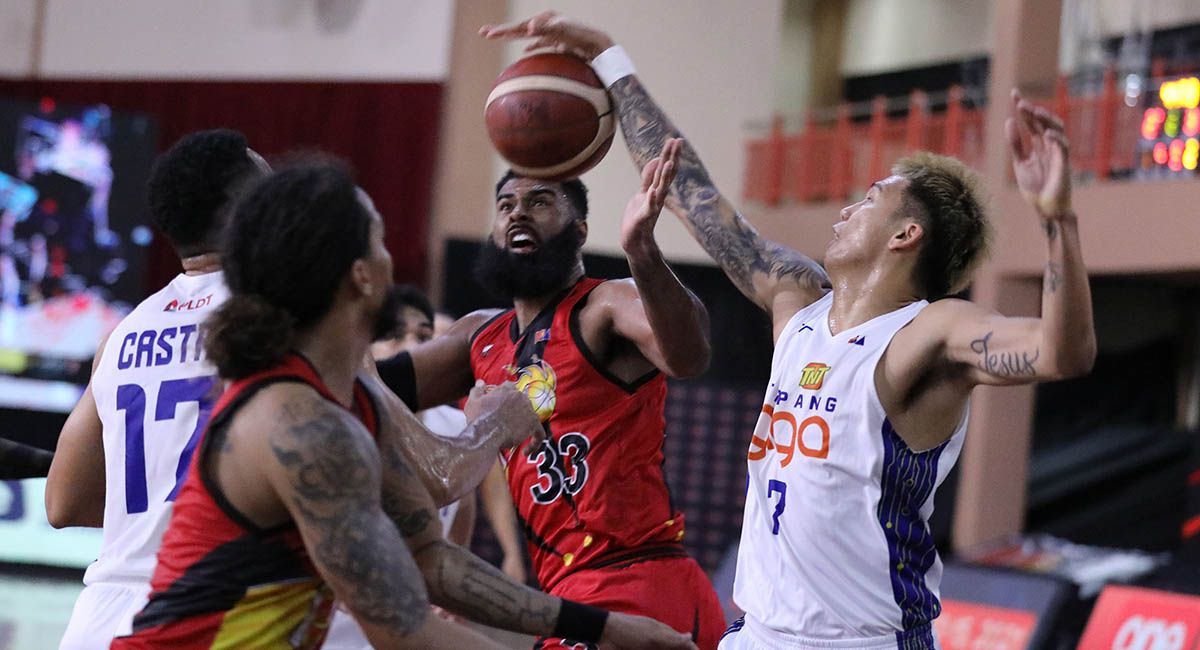 Mo Tautuaa could not finish the game due to a knee injury.

But even without its two key players, San Miguel fought its way back and trailed by just 10 with still seven minutes to go.

Romeo finished with nine points and two assists, while Tautuaa was held to just two points and a single rebound.

CJ Perez also sprained his ankle twice, but managed to play through the pain and finished the game with 11 points and six rebounds, though he shot just 3-of-8 from the field.

Romeo took to Instagram later, and while he acknowledged the number of injuries obviously hurt the Beermen’s campaign, there was no excuse for their loss and that the better team won.

“No excuses. Malakas talaga TnT ngayon. That team is good,” said the league’s three-time scoring champion of his former team. “Credit to coach Chot for leading that team. Congratulations.”