ROGER Pogoy is delighted to be reunited with former teammate June Mar Fajardo. And this time, for an even greater cause.

The Cebuano rookie guard was one of three cadets named to the Gilas Pilipinas roster for the Southeast Asia Basketball Association (Seaba) Championship on Friday night - an opportunity which he sees as a chance to rekindle a short-lived partnership with Fajardo.

“Masaya dahil magkasama ulit kami ni Kuya Abai,” said Pogoy, who joins Matthew Wright and Jio Jalalon as the only rookies in the all-pro national team set to see action in the May 12-18 qualifier for the FIBA Asia Cup.

Pogoy and Fajardo once played together at University of Cebu, albeit for just a short time.

But fate intervened. Pogoy was a highly-recruited player down South and Far Eastern University lost no time in bringing him to Manila to play for the Tamaraws.

Now their paths crossed again, and just like before, Fajardo was more than a willing mentor who is ready to take Pogoy under his wings. 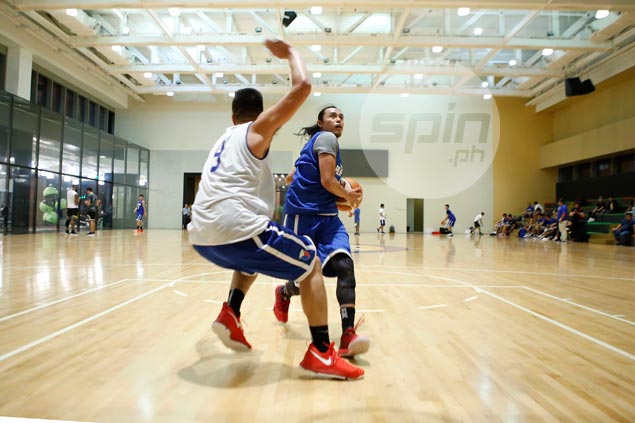 Fajardo and Pogoy get the chance to play together before their adoring Cebuano fans on Sunday as Gilas Pilipinas battle the Cebu All-Stars at the Hoopsdome in Lapu-Lapu City for the culmination of the three-leg PBA All-Star week.

Fajardo and Romeo were originally part of the Cebu All-Stars to be handled by coach Tim Cone, but after being named to the national team lineup, their slots were given to LA Tenorio and Rabeh Al-Hussaini.