ROGER Pogoy refused to be labeled as the difference maker in TnT Katropa’s closeout win over Barangay Ginebra that ended the Kings’ title-retention bid in the PBA Commissioner’s Cup.

Pogoy said it more of the Katropa’s collective effort on defense rather than his offensive explosion in the third quarter that took the fight out of the Kings and allowed TnT to run away with the 103-92 win in the Game 4 clincher Thursday night.

“That was the key. We have to find a way to get him (Pogoy) involved because if he plays well, we are pretty tough to beat,” said Dickel.

Pogoy had a slow start in the series clincher, held to a scoreless stint on 0-for-2 shooting from the field in the first half.

But he was unleashed starting the third quarter, hitting two three-pointers to cap a 14-point production in the period that turned the game around in Katropa’s favor.

Pogoy said he was told by the coaching staff to just play his game after an unproductive first half.

Again, he refused credit for the win that carried TnT to the finals for the first in two years.

Pogoy credited the all-out effort of the Katropa in finishing off the Kings in their best-of-five semis series that saw import Terrence Jones, Jayson Castro, and Troy Rosario each finishing with 20 points or more. 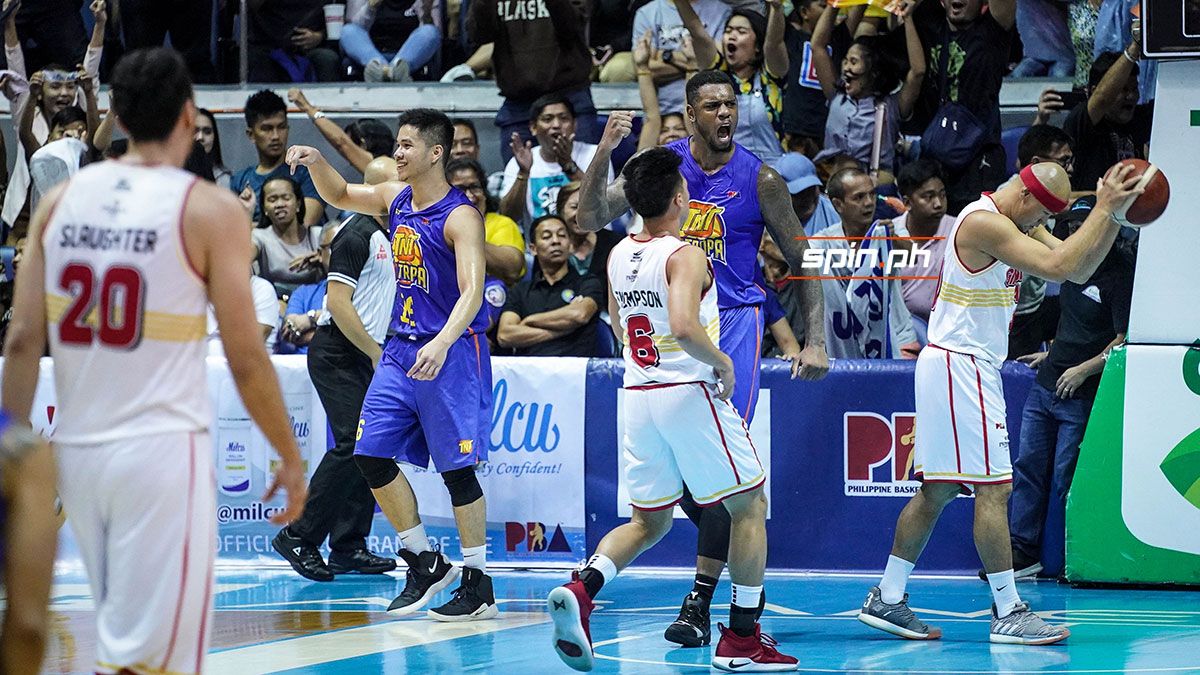 That easily reminded Pogoy of Beau Belga and the resilient Rain or Elasto Painters, who survived the 51-point explosion of San Miguel import Chris McCullough to eke out a 112-104 win over the Beermen in Game 3 and extend their own semifinals series.

This will be the second PBA finals stint for Pogoy after the 2017 Commissioner's Cup in which the Katropa lost to San Miguel in six games of the finals during Pogoy's rookie year.

He hopes he'll finally win a championship in his second attempt.

And as he noted, it's defense and not his offense that will spell the difference's in TnT's title campaign.