A first-ever championship is on top of Roger Pogoy’s PBA bucket list more than any individual award.

So it hardly affected the TnT Tropang Giga wingman that he was left out of any major award handed out by the league at season’s end.

“Mag-champion ang gusto ko,” was the curt reply of the newly engaged Cebuano on Wednesday when asked about his thoughts on failing to be included among the players honored by the league during its Special Awards Night despite a great season of playing in the PBA Philippine Cup bubble.

Pogoy and the Tropang Giga again found themselves picking the short end of the championship stick after losing the all-Filipino title series against Barangay Ginebra in five games.

It was the third failed attempt of the 28-year-old guard to win a breakthrough title after finishing runner-up during the 2017 and 2019 Commissioner’s Cups, respectively.

But the bubble season was a memorable one for the 2017 Rookie of the Year.

He hit a career-high 45 points spiked by 10 three-pointers right in the opening game of the season restart as TnT rallied to beat Alaska, 100-95. 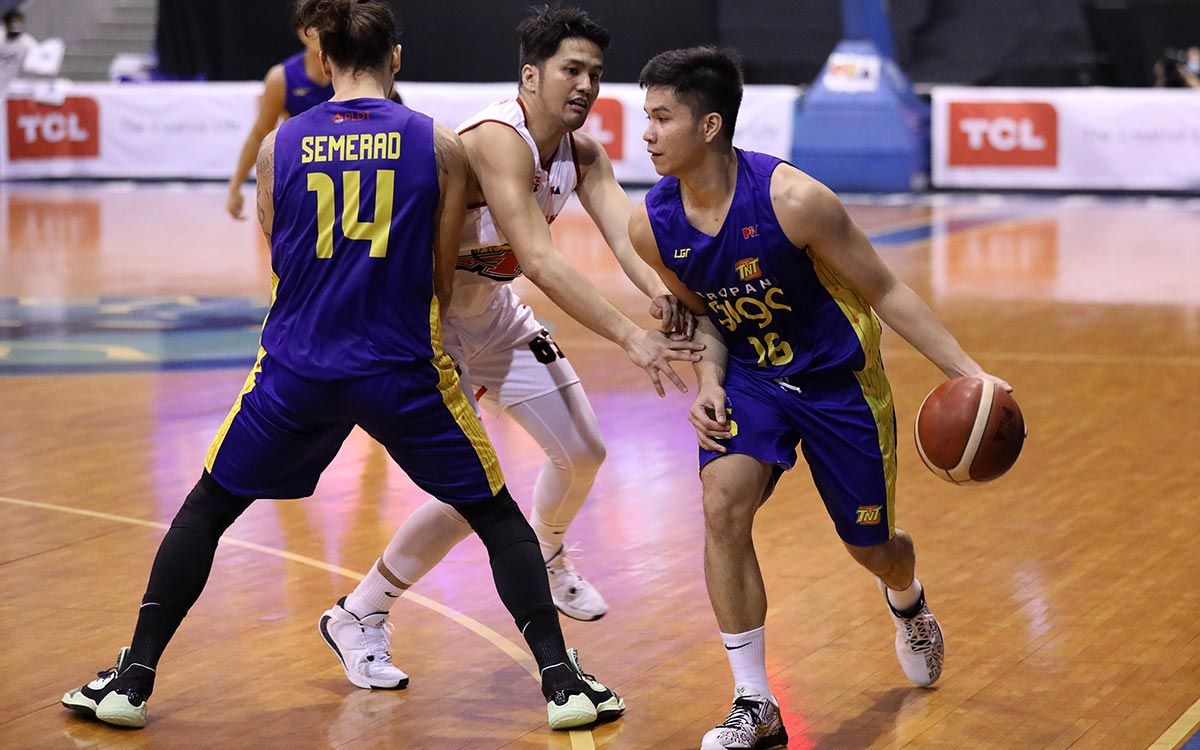 Pogoy would end the Tropang Giga’s campaign the same way he started.

Carrying the cudgels for the team following the exit of injured stars Jayson Castro and Ray Parks Jr., he led TnT in scoring during the best-of-seven title series by averaging 26.4 points, 5.6 rebounds, 3.0 assists and a team-high 1.2 steals in a losing cause.

Still, Pogoy was so good that he made it as among the top contenders for the Best Player of the Conference award and a possible slot in the Elite Five.

Unfortunately, he also fell short on it as Barangay Ginebra’s Stanley Pringle ran away with the honor, and then missed out on the Top Five selection among guards which Pringle and Matthe Wright of Phoenix occupied.

But Pogoy has no hard feelings.

Besides, the TnT gunner exactly knows what his priority is.

Incidentally, Pogoy also holds the record as the first player to score in the league’s first bubble season, an experience which he said he’ll forever cherish.