ROBERT Bolick hopes that the huge comeback win over Meralco on Friday night will change the Batang Pier's fortunes when it comes to close games.

Bolick had previously said that he has grown tired of losing all these nail-biting games after the Batang Pier were denied by the Bay Area Dragons last week on a buzzer-beater by Myles Powell.

But Bolick made sure NorthPort went all the way this time as he finished with a new career-high of 44 points to complete the comeback from 20 points down, 101-95, against the Bolts.

Bolick turned emotional during the postgame press conference, still looked pleasantly shocked that they were able to pull off the victory.

Bolick fought off cramps in the fourth as he scored 22 successive points to lead NorthPort back from a 67-47 deficit.

Down four in regulation, Bolick pulled off a steal that led to a lay-up, scored two crucial charities to send the game into overtime, 89-89, then started extra time with a three-pointer and a layup to turn the match around.

Even Bolick was not sure how he was able to put together that amazing stretch while battling cramps. 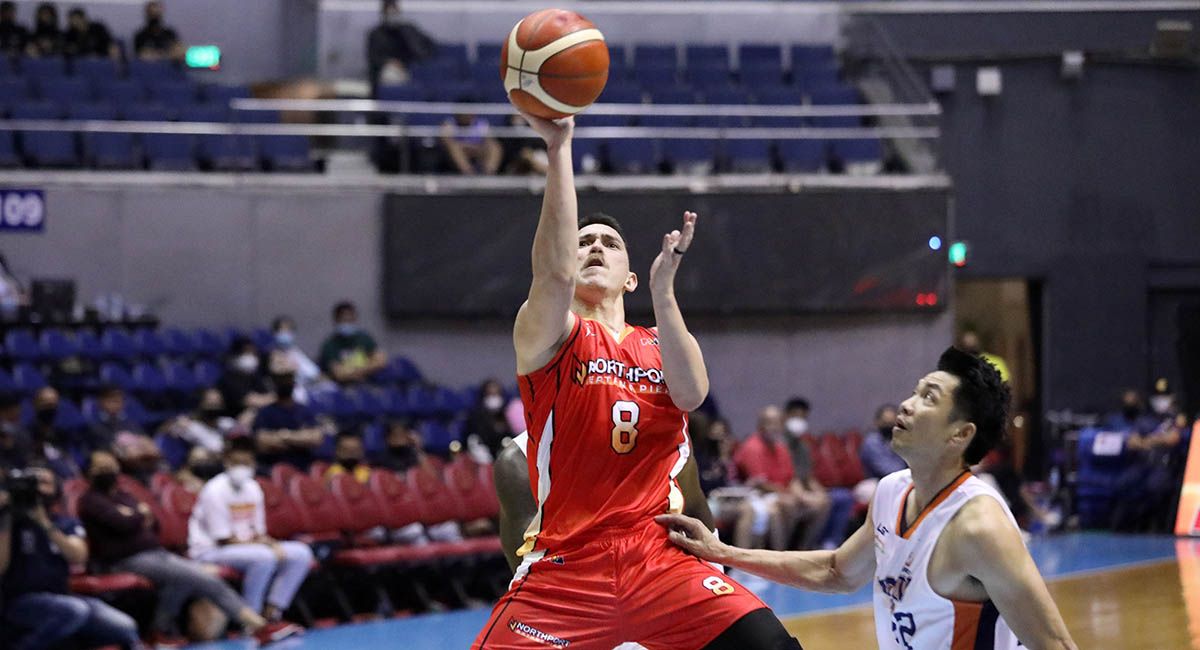 Bolick’s effort broke his previous career-high of 33 points he also set against the Bay Area Dragons. He is now averaging 32.7 points per game for the conference.

NorthPort coach Pido Jarencio is also optimistic that the team can shed the 'choker' tag.

Bolick is confident the Batang Pier have turned the corner.