SMART CLARK GIGA CITY – RJ Jazul’s shooting hands on Thursday night were so hot that the joke was on him when the entire Phoenix team arrived at the Quest Hotel after its game against San Miguel.

“Hot daw. Baka nga raw makita rito sa temperature,” he said, referring to the forehead scanner placed at the entrance of the hotel to measure a person’s temperature as part of the PBA protocols inside the bubble.

But the 6-foot guard was truly in a zone in the Fuel Masters’ 110-103 win over the five-time defending champion Beermen at the Angeles University Foundation gym.

Jazul torched the opposition with nine three-pointers – a career high – on his way to a career-best 33 points that helped the team clinch a berth in the quarterfinals of the Philippine Cup.

He finished 9-of-16 from beyond the arc and had 23 points in the fourth quarter, alone, as Phoenix survived the repeated rallies of the Beermen. 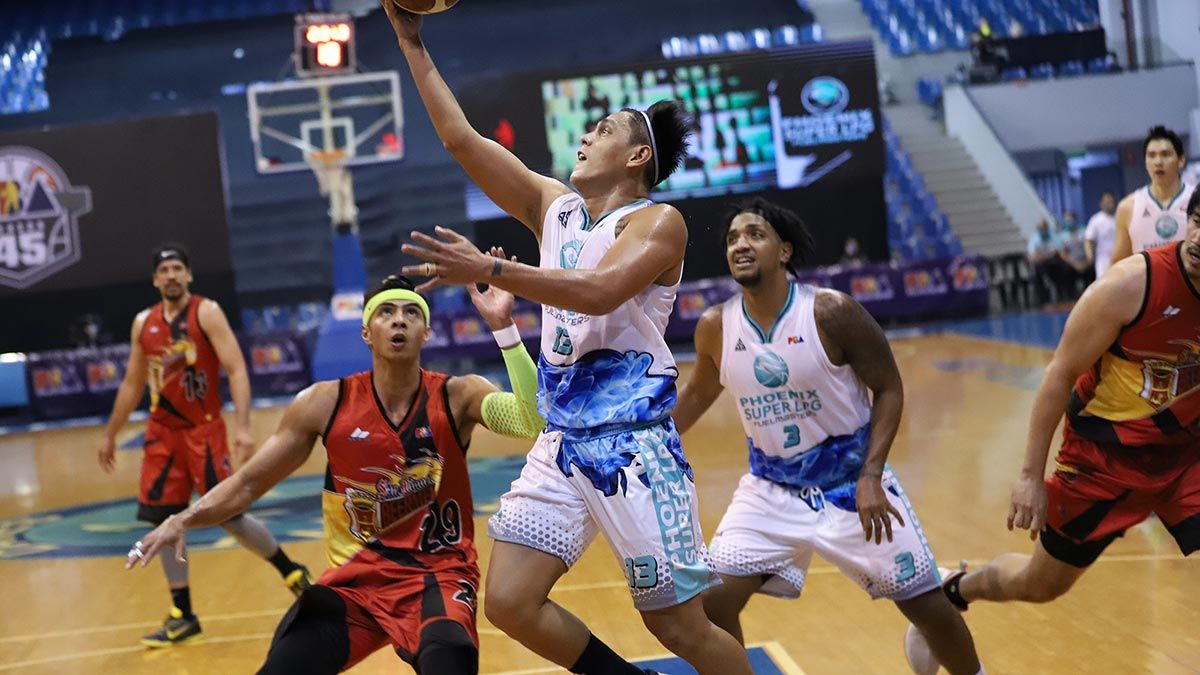 While Jazul felt he was in a rhythm, he credited his shooting rampage to his teammates.

But with Jazul on fire, the Fuel Masters kept looking for him.

It was a special night for the Phoenix team captain that Wright, the Fuel Masters’ known go-to guy, gave him a huge hug when everything was over.