REY Nambatac hit a tough basket with 2.5 seconds left to lead Rain or Shine to a 95-93 win over San Miguel on Sunday in the 2021 PBA Philippine Cup at the Don Honorio Ventura State University (DVHSU) gym.

Nambatac banked in the game-winner over three defenders to save the day for the Elastopainters, who almost let the win slip away when SMB's CJ Perez's steal and basket off rookie Anton Asistio tied the game at 93 with 12.5 seconds left.

Nambatac's late heroics preserved the efforts of rookie Santi Santillan, who exploded in the second half to help the Elastopainters battle back from 13 points down and post a second successive victory in the Bacolor semi-bubble.

At 6-4 (win-loss), Rain or Shine also inched closer to a berth in the quarterfinals.

Rain or Shine also snapped the two-game winning streak of San Miguel, which slipped to 5-3 and wasting a chance to move up to second place in the standings. 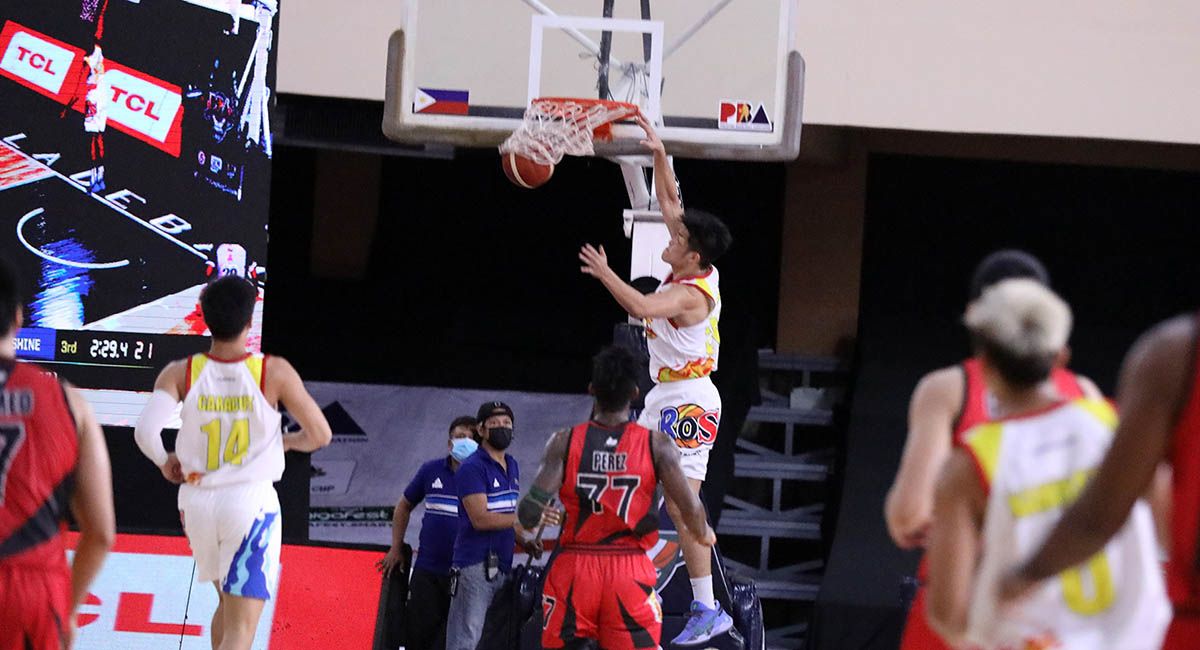 Santillan topscored for Rain or Shine with 21 points, shooting 7 of 9 from the field. He hit all his three attempts from the three-point line and grabbed five rebounds.

“Rey’s playmaking, that was on him. I got him the ball and he was the one who was able to go with his instincts and make the game-winning basket for us,” said Rain or Shine coach Chris Gavina.

Gavina’s move to put Santillan and fellow rookies Andrei Caracut and Anton Asistio late in the third paid off. Rain or Shine built a 15-5 run with Santillan scoring six points including a breakaway slam that put the Elastopainters up, 72-69, entering the third.

Javee Mocon scored on a short stab, and Asistio made a three-point play with 3:02 left as Rain or Shine grabbed a 92-87 lead, the biggest for the Elastopainters in the match.

Led by Terrence Romeo and Arwind Santos, San Miguel started strong, moving ahead 8-0 and taking a 20-7 advantage in the first quarter. The Beermen were still ahead, 51-41, at the half.

“I’ve told the guys that it would take a complete collective effort today to beat a grizzled, champion San Miguel team and we pulled it out,” said Gavina.

Romeo had 20 points and six assists, as Santos and Perez had 18 points each for the Beermen.