JEFF Viernes’ PBA dream ended as quickly as it started after he secured a release from the Phoenix Fuel Masters on Monday following his admission of playing in a “ligang labas” game in Malolos two weeks ago without the team's consent.

The 27-year-old guard was caught playing for eventual champion Hobe Macway Travel in the championship game of the Republica Cup against Racal Ceramica under a pseudonym.

After admitting the misdeed to management, Viernes said he asked for a release, which the team granted.

Viernes, who toiled in semi-professional leagues, both here and abroad after going undrafted in the PBA in 2013, said he will also pay a fine slapped on him by the ballclub. 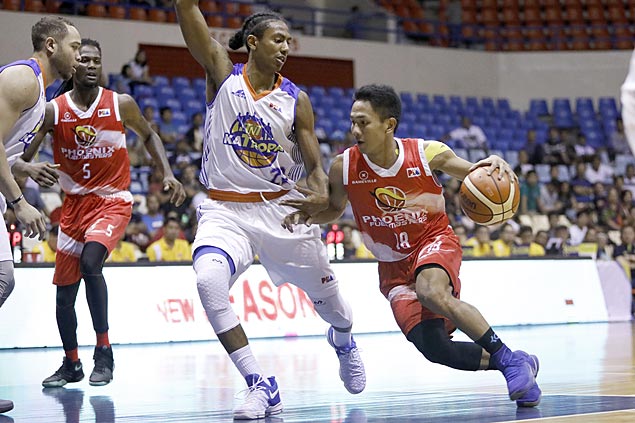 Explaining his decision to play in an unsanctioned game, the cat-quick guard said he only sought to uphold a commitment that he made to Hobe Macway while he was still playing in the Thailand Basketball Super League.

Viernes bared that he would take some time off but is banking on veteran agent Danny Espiritu to find him a new team to play for, either here or abroad.