Almazan career-high in rebounds his way of repaying Meralco faith

RAYMOND Almazan is just taking to heart what coach Norman Black has been telling him.

Almazan did just that in Meralco’s 92-72 rout of Columbian Dyip on Friday night at the Smart Araneta Coliseum as he registered a career-high 24 rebounds that preserved the Bolts’ three-game winning run in the PBA Governors Cup.

His new career record in rebounding – including 19 on the defensive end – erased his previous high of 17 which he set while still with Rain or Shine during the 2016 Philippine Cup, ironically, against Meralco. 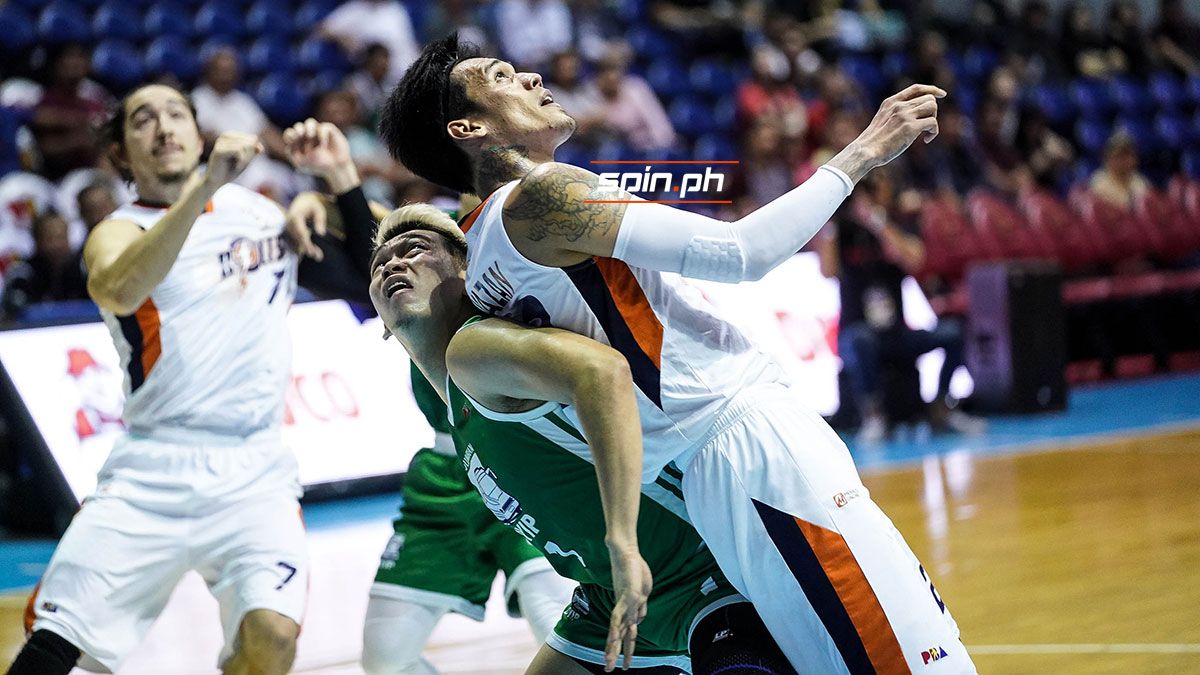 Almazan was aware as early as the first half that he already had 13 rebounds and could break his personal career-high.

And the former NCAA MVP out of Letran credited Durham for it.

Incidentally, Almazan’s total rebounds were half of the output made by the entire Columbian Dyip of 48.

His monster numbers notwithstanding, the 30-year-old native of Orion, Bataan found more joy from than the personal glory.

Black describes the arrival of Almazan as a blessing for the Bolts.

The feeling is mutual, according to Almazan.

The Bolts improved to 7-2 overall and remain in joint third of the standings as they zeroed in on a Top 2 finish heading to the playoffs.