SELDOM does June Mar Fajardo get to meet a Filipino taller than him.

Sunday night was one of those rare times.

Fajardo stands 6-foot-10 while Dillo, who also suited up for University of the East in the college leagues and the San Juan Knights in the defunct Metropolitan Basketball Association (MBA), is 7-foot-3.

Dillo, 44, said he was thrilled with the meet-up, admitting he's a big Fajardo fan. 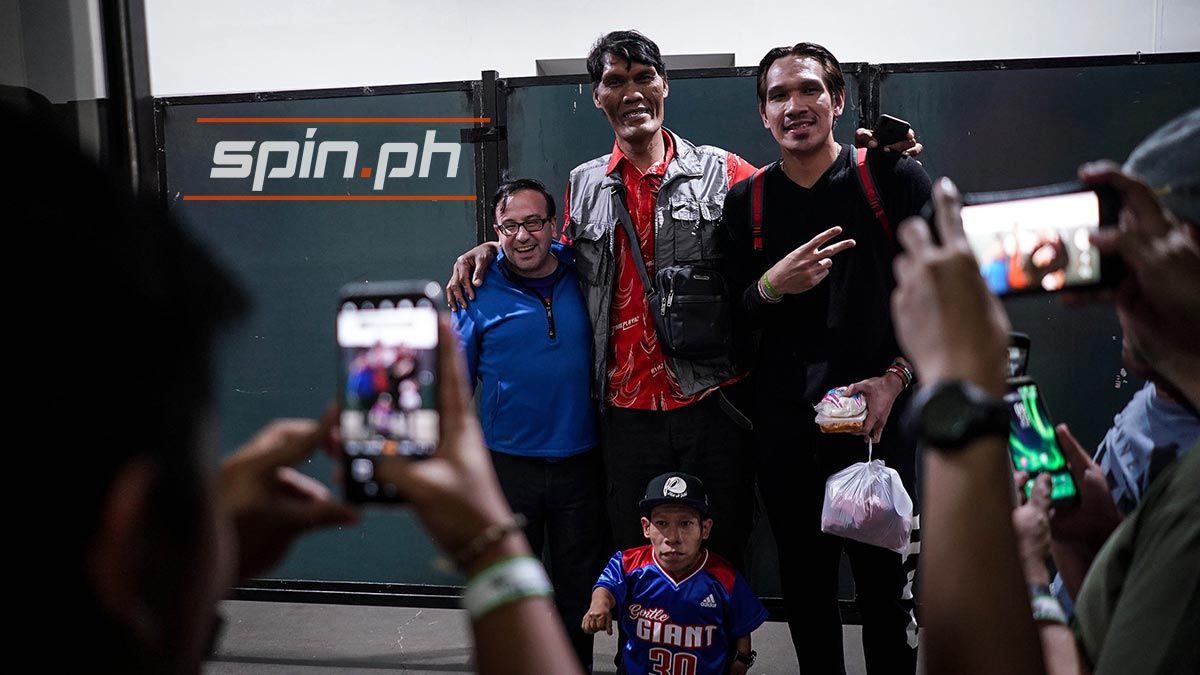 Dillo, whose playing career was cut short by a knee injury, didn't mind waiting for the San Miguel star outside the Beermen's dugout after the game.

With his eye-catching height and occasional stint in movies and television, Dillo inevitably attracted attention while waiting for Fajardo as most of the San Miguel players, from Chris Ross, Marcio Lassiter, Ronald Tubid to Arwind Santos, had their photos taken with the towering native of Masbate.

But nothing beats the moment when giant meets giant.

Dillo and Fajardo had their photos taken together and briefly talked to each other in Bisaya.

What caught the attention of Fajardo was how big the hands of Dillo were while comparing it with his own.

"Ang laki ng kamay nito," said Fajardo while measuring it with his own pair of hands.

Despite some physical differences, the two still shares something in common.