THE extra shooting in practice is finally paying off for Rashawn McCarthy.

The Fil-Am guard shot the lights out of the Mall of Asia Arena on Friday night, firing seven three-pointers to help Columbian Dyip pull off a 102-90 win over Blackwater in the PBA Governors Cup.

McCarthy finished with a team-high 25 points spiked by a 7-of-13 shooting from downtown and 8-of-15 overall as the Elite improved to 3-2.

“I’ve been coming to practice to have some extra rubs just to find my rhythm,” said the New York native following his scorching shooting. 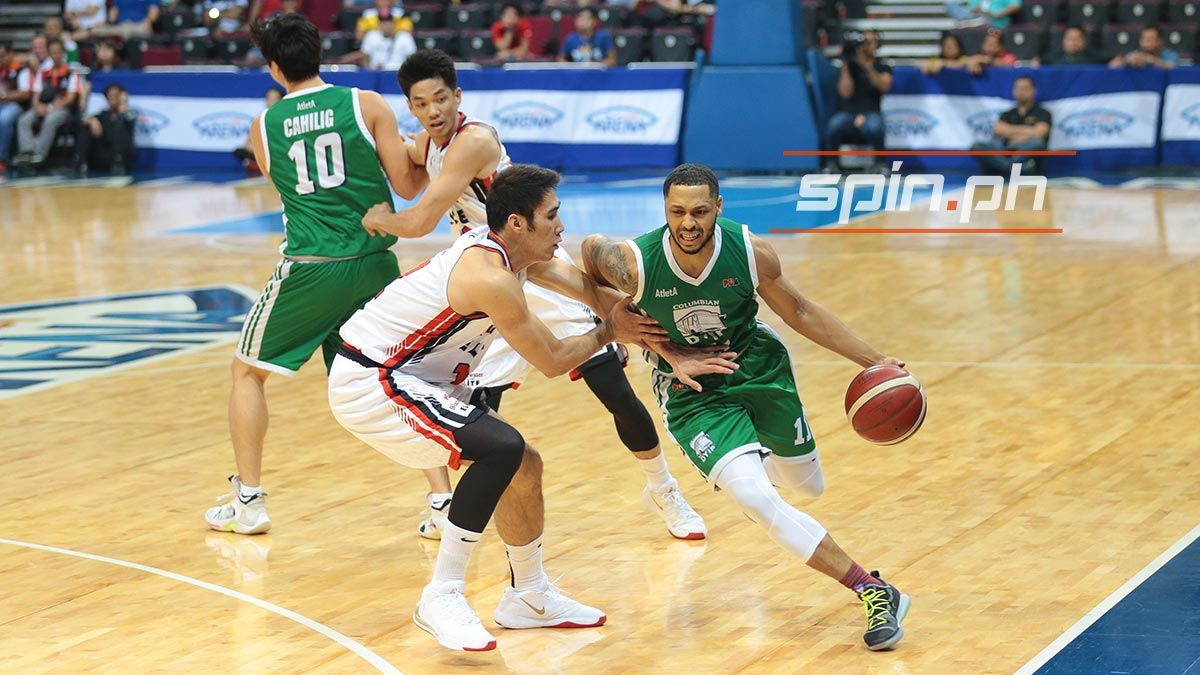 “The guys are looking for me once I had my first shot so I was really confident with my next couple of looks and just let it fly, just be free out there,” he said.

Columbian Dyip coach Johnnedel Cardel admitted McCarthy and the rest of the Dyip are doing extra work in practice as far as shooting is concerned.

“We have shooting drills which came off fast-game situations, I think they develop that. Kasi when you say skills on shooting, titira ka lang. Pero this time, yung movement of the shooting and everyone.

“Yung willingness nila every practice, they do that everyday. Minsan bumabalik pa sila ng gym to take those shots.”

The presence of burly import Khapri Alston at the post also help the confidence of the locals to shoot from the outside.

“You can’t play him one-on-one,” said McCarthy of Alston, who finished with 24 points and 20 rebounds in the win against Blackwater.

“We have a good import who can post, triple-team on the post so malilibre talaga sila so they have to make those shots,” added Cardel on the inside threat Alston has been providing for the Dyip.